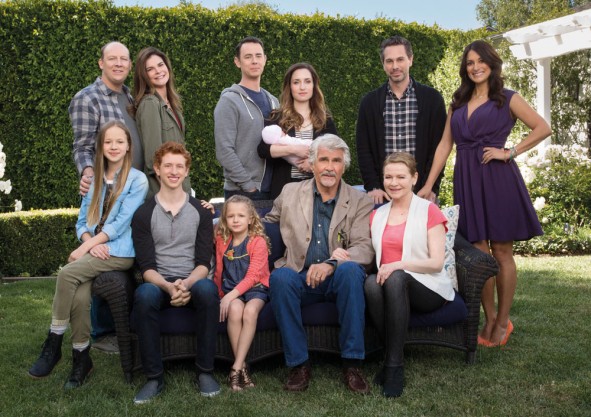 June 30th, 2019 I am so UNBELIEVABLE DISAPPOINTED that “LIFE IN PIECES” is being cancelled. I just found out. How DEPRESSING AND DISHEARTENING. This was one of prime time TV’s BEST shows EVER. The cast is ABSOLUTELY BRILLIANT…, the writing is EXQUISITELY BRILLIANT…, the CONCEPT BRILLIANT. I read something of how it was decided because of the rating from 3rd season compared to the 4th season. ?????????? CBS scheduling coordinators: What do you expect. No one knew when it was airing. IT AIRED SOooooooo LATE!!! CBS didn’t air it as it did all the other seasons. People waited almost a… Read more »

We LOVE this show!! Please reconsider cancellation of Life in Pieces. It one of the few that make us laugh out loud!

I love this show! Certainly one of a kind, with every cast member equally talented! What is wrong with the networks these days. This is a true gem!

I love this show, one of the very few my husband will even watch. We look forward to this show all week! please don’t cancel!

This is one of the funniest shows on tv. I’m very sad it’s cancelled. Writing and characters are hilarious. CBS should be ashamed for letting this one go!!! Swing it over to CBS All access!!!??

I am very disappointed that Life in Pieces is cancelled. Listen to your viewers CBS!

We’re 68 and we think Life In Pieces should NOT be canceled. It’s hilarious and adult family oriented. We were beginning to avoid watching comedies because we didn’t find them funny but stupid. Please renew Life In Pieces for those of us who look forward to seeing a true comedy. You’re losing some loyal viewers.

I am very disappointed that CBS canceled this show. It has excellent writing. We love it and we are our 53 years old. I was loyal viewer and it is et up to record every episode. Please change your mind and renew it. You are losing a loyal fan of CBS.

I LOVE this show. I’m 61 yrs old and have seen them all & this is just a good, funny family comedy. And you have James Brolin & Dianne Weist heading it up. Can’t get better than that! Yes renew! Yes renew! Tell me where to sign!

Love, Love, Love this show! It is so funny and relatable…can’t believe they would even consider cancelling…Love the writing and the characters. Please don’t break up our family!

I am shocked to read that my most favourite show, Life in Pieces, has been cancelled. How is that possible??? Who decides this decision? Surely, it’s not due to lack of viewers! This show has proven its hilarity by not needing that common idiotic laugh tracks or even a live audience and we have literally laughed out loud with tears in our eyes during every single episode. Please retract the cancellation or I pray that another network is smart enough to pick it back up.

Still frustrated about “Life in Pieces”. It was my Favorite show. It’s fun and something different. And it had a lot more viewers than others shows renewed.

Please, some other channel pick it up…

I think it was a very well written show with a great cast, please reconsider the cancelation!

It is one of the best written, funniest shows that I have watched in a long time! The cast was brilliant and the subject matter was relevant to all ages. Why cancel a great show? Herb Hanrahan