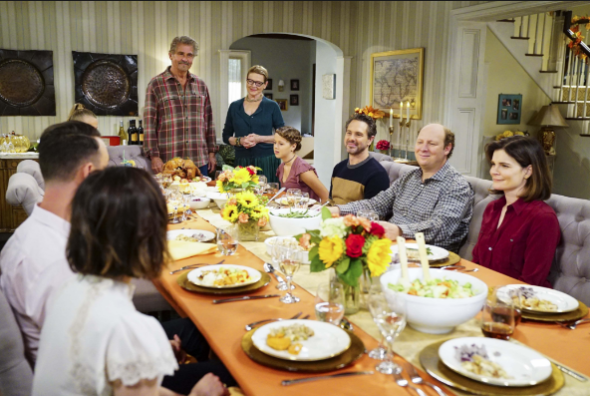 Despite being on the cancellation bubble once again, CBS is sticking with Life in Pieces. The network has renewed the Thursday night TV show for a fourth season.

Unlike most series whose ratings have seen declines, total viewer numbers have actually increased for Life in Pieces during its third season. The season is averaging a 1.12 rating in the 18-49 demo and 6.56 million viewers.

While the ratings are positive, CBS doesn’t own the show so the network had to once again hammer out a deal with producing studio 20th Century Fox Television.

What do you think? Do you watch Life in Pieces? Are you glad the comedy is coming back for a fourth season? Would you have been upset if the show had been cancelled?

I really love Life In Pieces. One of the best comedy shows on today. Please bring it back soon.

I have been missing this show. Hope to see it soon.

I am so glad this show was renewed!! Love comedies and especially Life IN Pieces!!

Love this show! It’s way better than most comedies that have been renewed. Can’t believe they’re canceling this show. When will season 4 begin?