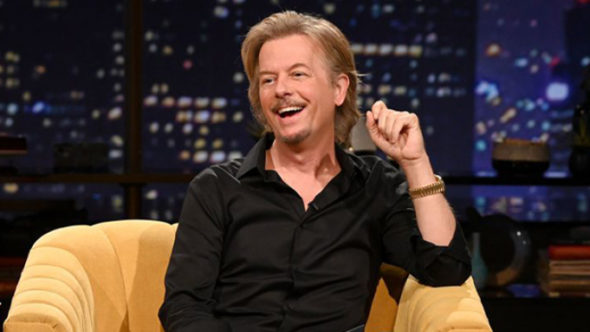 What’s next for Lights Out with David Spade? Recently, the host/comedian addressed the Comedy Central TV show’s cancellation.

In a recent YouTube video, Spade did confirm that Comedy Central has cancelled Lights Out with David Spade but videos will continue for at least another two weeks. See the video (Warning: NSFW) below:

What do you think? Are you a fan of Lights Out with David Spade? Do you want another season?

Only late night show that was funny. Don’t watch the other ones, they are so lame. Please it back!!!!!

This show was great sad to see it’s gone.

Love the show! We NEED it back!
Only funny show on CC

Loved the show. Hope it comes back soon

His non political humor was great.His show was extremely funny and not hateful.

Love David Spade and loved his show! I hope it lands somewhere else.

David Spade is a hoot! Shame on you for not seeing that.