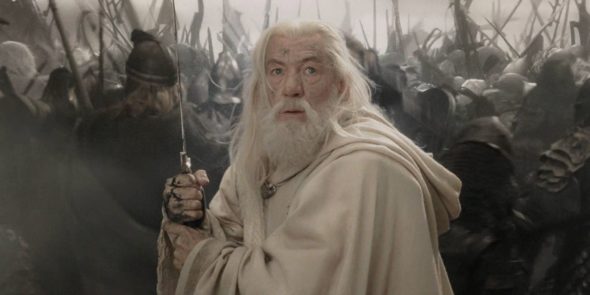 Ian McKellen wants to play Gandalf again. The Wrap reports the Lord of the Rings star is interested in reprising the role for Amazon’s new TV series.

As reported earlier, Amazon has ordered a TV series based on the Lord of the Rings books by J.R.R. Tolkien. McKellen played Gandalf the wizard in Peter Jackson’s Oscar-winning film trilogy based on the fantasy novels.

During an interview on BBC Radio, McKellen was asked if he would reprise the famous role for Amazon‘s new series. His answer? Of course.

I haven’t said yes because I haven’t been asked. But are you suggesting that someone else is going to play it? Gandalf is over 7000 years old, so I’m not too old.”

What do you think? Are you a fan of Lord of the Rings? Would you watch if McKellen joined the Amazon series?

Nobody else could play him.