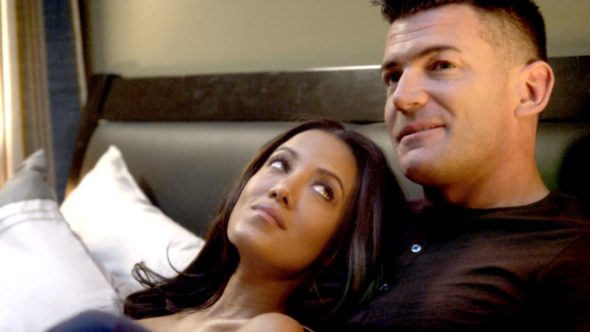 How is life on Castillo Lane? Is the If Loving You Is Wrong TV show cancelled or renewed for a fifth season on OWN? The television vulture is watching all the latest cancellation and renewal news, so this page is the place to track the status of If Loving You Is Wrong, season five. Bookmark it, or subscribe for the latest updates. Remember, the television vulture is watching your shows. Are you?

Cast members have tweeted that they’ve filmed 100 episodes of this series. At the start of season four, 82 episodes had aired and an OWN representative told us that season four would have just eight installments. That leaves at least 10 episodes leftover for season five. I’ll keep you posted as I learn more. Subscribe free updates on any If Loving You Is Wrong cancellation or renewal news.

2/5/20 update: OWN has officially renewed If Loving You Is Wrong for a fifth and final season.

What do you think? Were you hoping that the If Loving You Is Wrong TV show would be renewed for a fifth season? Are you sorry that there won’t be a sixth season?

I would like to see more of If a loving You is Wrong. Hope the 5th season gets released in 2020.

I would not like to see this show canceled. I really, really enjoy watching.

I just want to know who alex baby daddy is …..

I pray that it is renewed , I would be devastated it it weren’t. It is one out of two shows I actually love and look forward to.

Yes I pray that If Loving You Is Wrong is renewed. I would be devastated if not. It is one of two shows that I actually love.

Keep checking back to see If Loving You is returning and when. I agree with others, this is a good show and should not be cancelled. If it is, please air a couple of shows so we know what happened.

I hope that Tyler Perry doesn’t cancel If Loving You Is Wrong! If so, at least do a final season so that the fans are left not knowing anything except for the last episodes conclusion. PLEASE SAVE THIS GREAT SERIES!!

Whats going on with If Loving you is wrong. Why don’t they just show us the rest of the episodes? Then they can reevaluate.. OWN at least owes that to it’s viewers

I love this show, I am somewhat addicted I hope they don’t cancel it.