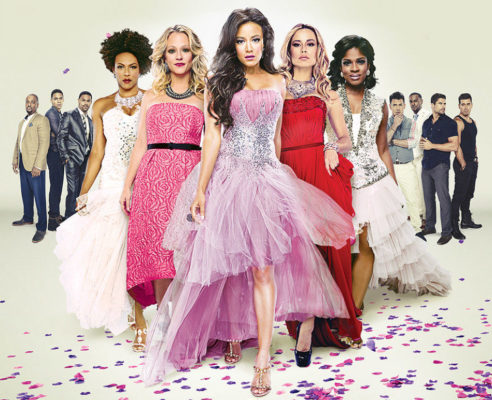 Love is in the air on OWN. Recently, OWN and a member of the cast of If Loving You is Wrong announced the TV show will return for a fourth season this month.

Although OWN has not announced a release date, If Loving You is Wrong star Aiden Turner said on Twitter that season four will debut on . *See update below.

You might take the return date with a little skepticism since OWN hasn’t announced the date and it’s just a week away. However, we do know that season four has been shot and Turner has indicated that there will be 20 episodes.

You can see posts from OWN, Turner, and co-star Eltony Williams (during production) below:

Get ready, #IfLovingYouIsWrong is back January 9!

Another 20 episodes are coming back late January I believe :))) https://t.co/tg9obJxzEI

What do you think? Do you watch If Loving You is Wrong? Are you excited for the new season? Do you think it will actually return on January 9th?

*Update: OWN has released their schedule for January 9th and, as suspected, If Loving You Is Wrong is not on it. We later learned that the series will return February 27, 2019.

What happened to “If Loving You Is Wrong”?
Is it coming back??? This is a great series!

Is loving you is wrong coming back for fall season

Will there be a finale?

When will we see more loving you is wrong?

I was sick most of the first part of the year so I can’t recall much about the show. I do remember it was moving extremely slow for some characters, and some things just didn’t make sense, but I believe that Tyler Perry is a much better writer than he put into this show. A lot of it just didn’t make sense when you get away with every low down thing you want to do. Tyler get a grip.
Love the show, but pull it together. Make something interesting and sensible please.
Hope you return really soon.

I love this show, but Tyler keeps dragging his feet, alright already get that girl out of jail already,bust Eddie already,and have a longer season, and you wonder why your ratings are low

Eric
Reply to  David B Ratliff

I do love this show, not only for the storyline but also to look at the beautiful cast members. I am very happy it is returning.

Love this show and Can’t wait for its return!

Hi everyone, If loving you is wrong is one of my best series. Since the last episode behide enemies ling, i have been waiting and waiting. But now i cant wait any more. Please if anyone cane tell me if the show has started because i could not get any for me to download. I will be very appreciate if you could send me a good site for me to get it, so i could download it. Thanks very much..I really miss that show.

Please bring it back!!! The have and have nots get boring with out a break. If loving you is wrong is really missed and needed back on OWN …

Please hurry with the release date! I’m in agony waiting for the return!

My husband and i love this show. Cant wait till it returns

When is the show coming back? Our house is on pins and needles waiting for the return of one of our favorite shows.

So what month and date is it coming back on