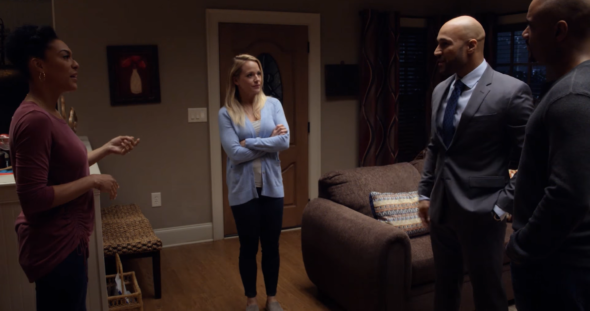 How will this story end? Has the If Loving You Is Wrong TV show been cancelled? Renewed for a sixth season on OWN? The television vulture is watching all the latest cancellation and renewal news, so this page is the place to track the status of If Loving You Is Wrong, season six. Bookmark it, or subscribe for the latest updates. Remember, the television vulture is watching your shows. Are you?

Airing on the OWN cable channel, If Loving You Is Wrong stars April Parker-Jones, Amanda Clayton, Edwina Findley Dickerson, Zulay Henao, Heather Hemmens, Charles Malik Whitfield, Eltony Williams, Joel Rush, and Aiden Turner. The drama follows the lives and relationships of friends and frenemies that love and live in the same neighborhood in the fictional community of Maxine.

What do you think? Were you hoping that the If Loving You Is Wrong TV show would be renewed for a sixth season?

Please bring it back! I love this show!

Please bring season 6 Tyler Perry! There are so many stories left incomplete. How can you leave us hanging like this. I stayed up late many nights watching this show. So sad you would do this to your fans.

Loved the show but u left us without ending it