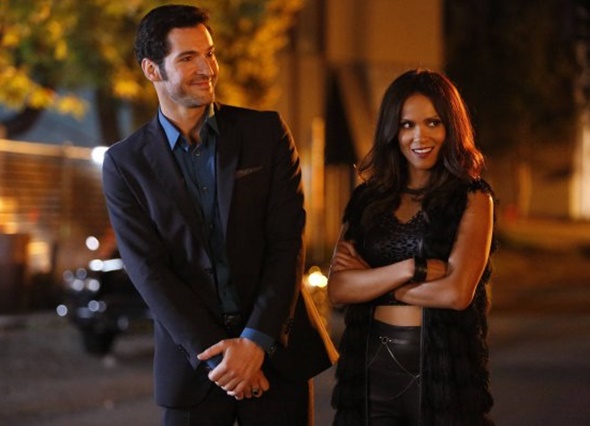 Lucifer premiered Monday night on FOX with more than seven million viewers tuning in, and one group is not at all happy with the new series. In fact, they are demanding that FOX cancel the series immediately.

One Million Moms has called on networks before to cancel series they object to. At the start of the fall season, they released a call to ABC to cancel The Muppets.

Now, they have set their focus on Lucifer. Read part of their statement about the series below.

“FOX’s new drama “Lucifer” is spiritually dangerous. The new program “Lucifer” glorifies Satan as a caring, likable person in human flesh. The character Lucifer Morningstar makes being the devil look cool, drives a fancy car, gets out of a speeding ticket, owns a nightclub in LA, and is irresistible to women.”

They go on to say that the premiere showed “graphic acts of violence, a nightclub featuring scantily-clad women, and a demon. The message of the show is clear. Lucifer is just misunderstood. He doesn’t want to be a bad guy, it’s God who is forcing him to play that role.”

Did you watch Lucifer? Are you a fan? Or, do you agree with One Million Moms? Tell us what you think.

I love the show and it brings so much on the table. If moms out there don’t like it, guess what, you have a remote…use it…it’s that simple. The disgusting thing is to attach your own personal beliefs to this show. Take it as it is. What if maybe the devil isn’t bad, as people like to think, maybe he is put there to challenge us to choose to be good all the time, think about that for a change (this meaning you have some sort of beliefs about the subject). You always have a choice, no one is forcing… Read more »

You’re right Anne..If the moms don’t like what they watch, just switch the channel.. Why bother to ask FOX to cancel the show. They seem to have nothing else to do and waste their energy and time to cancel a show ??? I love LUCIFER and i hope season 2 could come out soon… so if the moms got nothing else to do, please clean the house instead or go shopping or something rather than asking an awesome drama to be cancel just because its spiritually dangerous..I million moms are asking FOX to cancel the drama BUT more than 5… Read more »

I think more people should be worried about who they are going to elect for President and less about the type of fictional show I watch on Monday evenings. Priorities, people.

If you feel offended then you should sit in a church and pray to god instead of watching tv, it is just a show, get over it folks

Can’t wait for season 2. Me and my husband both love this show. Its just a show. There are alot of shows on that I don’t like but I don’t try to get them off the air. I simply don’t watch them. Its as easy as that.

The show is great very funny an fantastic cast

Absolutely love this show. Can’t wait for season two. And three. And four and five. Love the cast, even Trixie, so cute. Hope we don’t have to wait too long before it comes back on. In the meantime, I’ll buy Season one and watch it all over again . When my husband asks why I bought it, I’ll say “The devil made me do it”.

If the Moms don’t like the shows premise I have the perfect solution. Be a Mom and regulate your childs viewing habits. Also, if your kid is a young adult, trust that they know the difference between fiction and non-fiction. Lighten up, its an entertaining show.

I do agree but, Russell’s teapot…

Do we not live in a democracy?? Why do we always have whiners who don’t like something running our lives. A little self-censoring is great for you, but let me Wachovia what *I* want, not what you LET me watch!!

Keeps Monday’s interesting after a long day. If you don’t like what Lucifer just don’t watch it easy is that.

I like the show it is very good. It’s fictional so people get it over it. I watched preachers who claim to be Christians and its further from the thruth yet the same people who hates this show because it about the devil, pray with the fake people who lie to them. Shut up people you don’t like it don’t watch it.