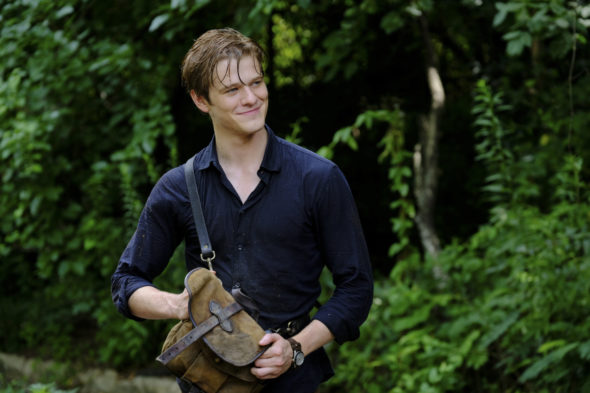 Does Mac maximize his resourcefulness in the second season of the MacGyver TV show on CBS? As we all know, the Nielsen ratings typically play a big role in determining whether a TV show like MacGyver is cancelled or renewed for season three. Unfortunately, most of us do not live in Nielsen households. Because many viewers feel frustration when their viewing habits and opinions aren’t considered, we’d like to offer you the chance to rate all the MacGyver season two episodes here.

What do you think? Which season two episodes of the MacGyver TV series do you rate as wonderful, terrible, or somewhere between? Should CBS cancel or renew MacGyver  for a third season? Don’t forget to vote, and share your thoughts, below.

LOVE this show. hope it is renewed. don’t miss an episode.

Love the show,haven’t seen one of these in a year now.The cast,the story is perfect and i can’t wait for another season to be renewed.

OMG please don’t cancel this show It’s the only new good show I watch on Fridays. I love how they all care about each other even tho their personalities are different and they look out for each other. Isn’t that what friends should do?

I as well as my family happen to enjoy this show. It can be funny as well as scary and I would appreciate it if you would renew.

I as well as my family happen to enjoy this show. It can be funny as well as scary and I would appreciate it if it was renewed.

about as poor as a show could get

I loved the old MacGyver when I was a kid, and I love the new one as well!! RENEW RENEW RENEW!!!

I enjoy this show immensely and would like to see it renewed for a third season. The cast has done an awesome job in bringing each of their own stories to life with each character.

Personally I really loved Dean Anderson the original of the series, but since the first episode I’ve come to love the new MacGyver. Thing is leave his hair alone!! It’s to short he looked better with it a bit longer. It don’t become his face or the part he plays. Thanks

I was a big fan of the original. It took me a few episodes to warm up to the new version, but it is now a staple show in my household. A good family show that inspires some science geeking out discussions after each episode. Tough to find good shows to have family time over these days. Thanks! Please keep up the good work!

Light hearted with a great cast that work well together. Makes you wish you had done better in science! Fun Friday night viewing. Don’t cancel.

Please renewed such a great remake but not spy fiction why did Henry wrinkler do this show producer again amazing need more seasons.