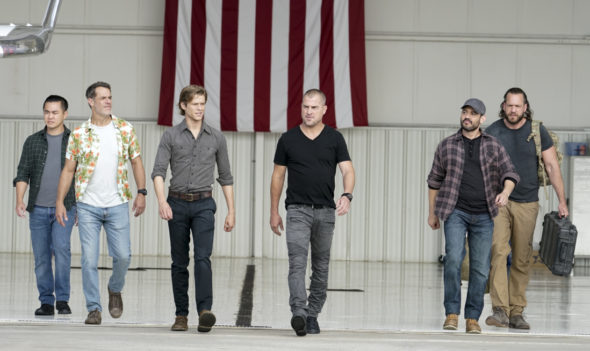 How impressive is Mac’s resourcefulness during the third season of the MacGyver TV show on CBS? As we all know, the Nielsen ratings typically play a big role in determining whether a TV show like MacGyver is cancelled or renewed for season four. Unfortunately, most of us do not live in Nielsen households. Because many viewers feel frustration when their viewing habits and opinions aren’t considered, we’d like to offer you the chance to rate all the MacGyver season three episodes here. *Status update below.

What do you think? Which season three episodes of the MacGyver TV series do you rate as wonderful, terrible, or somewhere between? Should CBS cancel or renew MacGyver for a fourth season? Don’t forget to vote, and share your thoughts, below.

My wife and I love this show and would like to see Jack come back soon. Maybe he is making a movie somewhere, but he is a great character and he is missed! We like the woman who replaced Jack and is keeping watch on MacGyver and the crew for Jack. She should become a regular on the show. We Love the banter between Jack and MacGyver. Keep Renewing this show! Thanks! ~ Peace, Marc

Our whole family enjoys the show. I loved the original as a kid and love the remake as a 40 something year old. Hope it keeps going for years!

Just wondering. What would it take to bring Jack back….

I hate George Eads left, but I still love the show.

Please keep MacGyver!!!! It is one of my FAVORITE movie shows!!!

I want season 4. Loving Jack’s replacement. Its because of her and Mac as well as the others why I watch now.

sure miss the character Jack. His replacement does not quite have the same appeal. Sorry! I believe ratings will increase with Jacks return.

Never thought no one could make good Macgyver have whole set of original this tells a lot more of his Dad it is one of four shows I watch I bought cbs all access because all the shows I like are on CBS Macgyver ,Magnum, Hawaii five O, NCI these are the shows I watch please do not remove these from CBS

Really enjoy the show. Losing George Eads was a tough blow. Loved his interaction with the rest of the characters and so far not very impressed with Levy Tran. That being said still love the show and Lucas & Co can more then carry season 4. Renew please!!!!

Please keep MacGyver, it’s such a terrific show! It’s even better than the old MacGyver shows & I loved them. I purchased the new shows on my phone so I never miss an episode!

Love this show but miss Jack he was a much better side kick,. Just love Mattie shes wonderful. Stories are good, Please renew for another season!

I liked Jack much better than his replacement. Yes, he needs to be with family