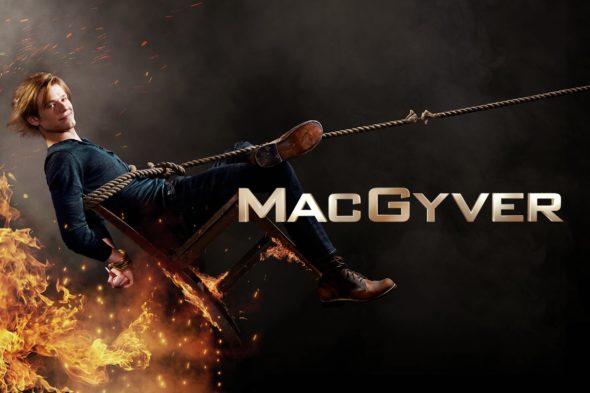 For the first time, CBS held off launching a new season of MacGyver until mid-season. Is that a bad sign for the show’s future or, is it a lock to return for the 2020-21 season? Will MacGyver be cancelled or renewed for season five? Stay tuned. *Status update below.

An action-adventure series, MacGyver stars Lucas Till, Tristin Mays, Justin Hires, Meredith Eaton, Levy Tran, and Henry Ian Cusick. A reimagining of the 1985 TV series, this show centers on Angus “Mac” MacGyver (Till), a 20-something adventurer. Mac creates a secret organization within the US government. There, he uses his vast scientific knowledge and an extraordinary talent for unconventional problem-solving to save lives.

5/9 update: You can see the latest night’s ratings in context.

For comparisons: Season three of MacGyver on CBS averaged a 0.70 rating in the 18-49 demographic and 6.11 million viewers.

What do you think? Do you like the MacGyver TV series on CBS? Should it be cancelled or renewed for a fifth season?

*5/6/20 update: CBS has renewed the MacGyver TV series for a fifth season.

I used to watch this when George Eads was on it. But since then, I do not like the format the the characters. When they brought Levy Tran on, it changed so much I just don’t like how it goes. I will not miss it if it cancelled unless the plots and some of the characters leave.

it’s done – it’s run out of ideas – kill the show -Put it out of its misery.
Furthermore, since I saw Lucas Till being interviewed, I cannot stand the guy. He’s incredibly hooked on himself.

When it was a simple episodic show with self-contained storylines, it was decent. Not Emmy bait, but not unpleasant. Just a fun romp with a bad guy du jour, and an “is that trick really plausible” drinking game.

Now that they’ve run out of ideas, and committed completely to a serial format with the “perpetual undefeatable enemy” crutch, I’m done. I no longer care if it’s renewed or cancelled. I won’t be watching in any case.

Please keep Macgyver. FANTASTIC show. Keeps you on the edge of your seat.

Keep McGiver on love the show

Yes I would like to see a season 5 of MacGyver I think it’s a Awesome show I look forward for every new episode! Please don’t cancel MacGyver!!!

MacGyver is cancelled for the rest of the season. Mac got a cold

It is a boring unrealistic show and should be cancelled . Bring back Magnum PI