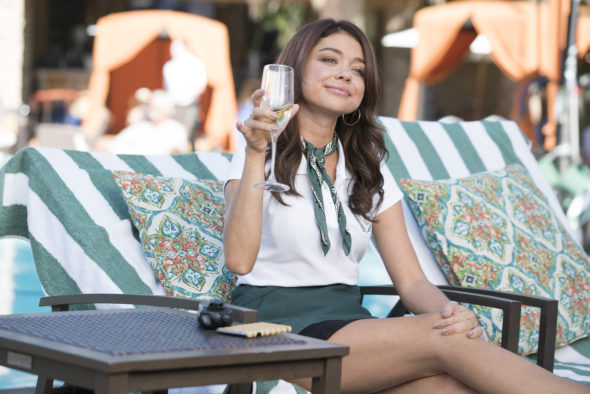 How well does the Pritchett-Dunphy-Tucker family roll with some pretty big changes in the ninth season of the Modern Family TV show on ABC? As we all know, the Nielsen ratings typically play a big role in determining whether a TV show like Modern Family is cancelled or renewed for season 10. Unfortunately, most of us do not live in Nielsen households. Because many viewers feel frustration when their viewing habits and opinions aren’t considered, we’d like to offer you the chance to rate all the Modern Family season nine episodes here.

What do you think? Which season nine episodes of the Modern Family TV series do you rate as wonderful, terrible, or somewhere between? Are you happy ABC has already renewed Modern Family for a 10th season? Don’t forget to vote, and share your thoughts, below.

Please end Modern Family while viewers still think highly of the show. It is now awful !!!

I’ve enjoyed this show the past three or four years…I got caught up and hooked on the reruns. Sometimes excellent work (Modern Family) has to end…hopefully on a positive note.