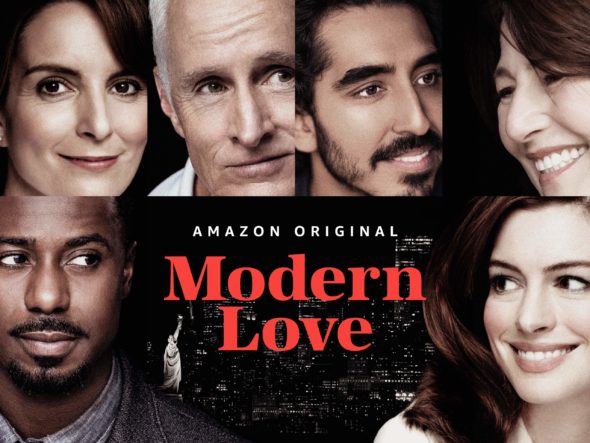 TV show description:
A romantic comedy anthology series, the Modern Love TV show is based on the weekly column of the same name written by John Carney and published by The New York Times.

The show explores love in all of its complicated and beautiful forms as each standalone episode brings beloved stories to life, all set in New York City.

What do you think? Do you like the Modern Love TV show? Do you think it should be cancelled or renewed for another season?