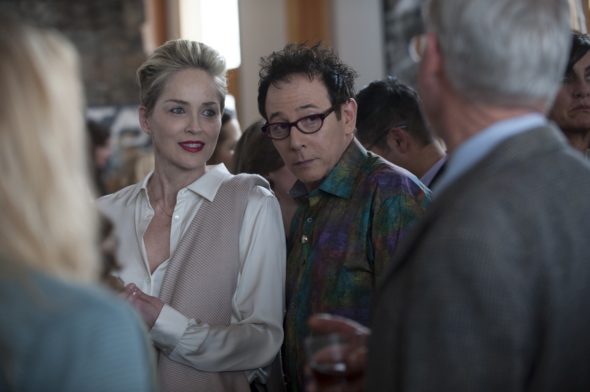 Sharon Stone is returning to television. This week, HBO announced the Emmy-winning actor will star in a new TV show from Steven Soderbergh called Mosaic.

The six-part limited series “explores the psychological underpinnings of love and murder in a small town, blurring the line between reality and memory.” Stone will be playing Olivia Lake, a popular children’s book author who becomes a local celebrity in the small mountain town. The cast also includes Garrett Hedlund, Paul Reubens, Beau Bridges,and Maya Kazan. 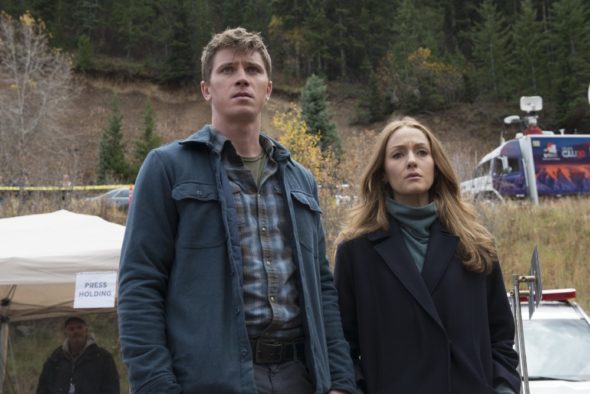 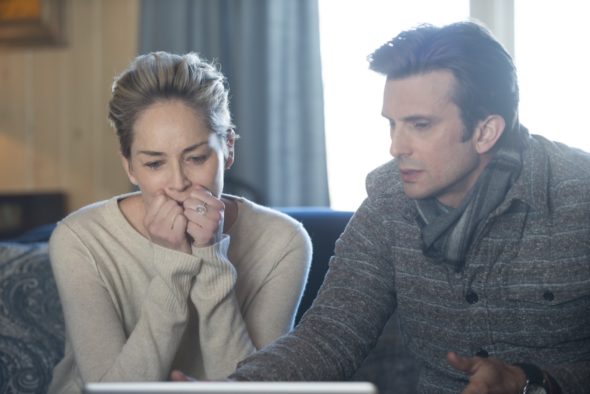 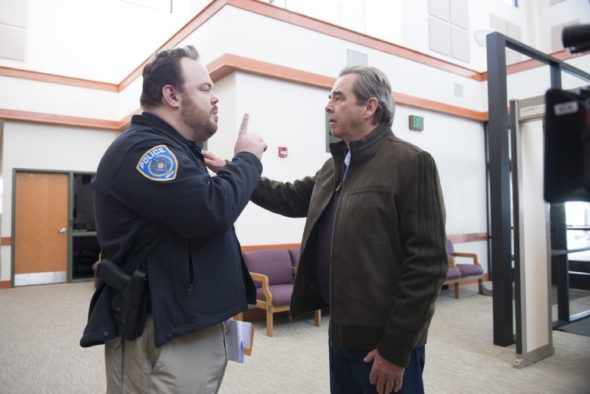 MOSAIC, a six-part limited series from Steven Soderbergh (Oscar(R) winner for “Traffic”; Emmy(R) winner for HBO’s “Behind The Candelabra”), explores the psychological underpinnings of love and murder in a small town, blurring the line between reality and memory. The series debuts MONDAY, JAN. 22 (8:00-8:50 p.m. ET/PT), followed by other episodes debuting subsequent nights – Jan. 23, 24 and 25 – at the same time, with the final two episodes debuting back-to-back on Friday, Jan. 26 at the same time.

The show will also be available on HBO NOW, HBO GO, HBO On Demand and affiliate portals.

Set against the backdrop of a mountain resort town, MOSAIC follows popular children’s book author and illustrator Olivia Lake (Sharon Stone), whose literary success makes her a local celebrity in the tight-knit community. At the annual fundraiser, where she is accompanied by trusted friend and confidante JC (Paul Reubens), she sets her sights on a handsome, young newcomer in town, aspiring graphic artist Joel Hurley (Garrett Hedlund). Encouraged by the doting and flirtatious Olivia, he accepts her offer for a place to stay and work, but the unexpected arrival of Joel’s girlfriend, Laura (Maya Kazan), sends Olivia into a jealous tailspin.

Olivia subsequently has a chance meeting with charming stranger Eric Neill (Frederick Weller), another new arrival in town, whose duplicitous intentions to sweep her off her feet for financial gain have an unexpected outcome.

When Olivia disappears on New Year’s Day, leaving behind a blood-soaked studio, MOSAIC becomes an intricate whodunit, and it is up to detective Nate Henry (Devin Ratray) and Eric’s sister, Petra (Jennifer Ferrin), to unravel the mystery.

In November 2017, MOSAIC was featured as the first narrative piece on PodOp’s newly unveiled interactive, mobile storytelling app, developed by Soderbergh, Silver and their partners. Through the MOSAIC app, viewers are offered an intuitive form of engagement unlike any other, enabling them to choose from which point of view to follow the story and, in effect, build their own experience from the material created and curated by Soderbergh and Solomon. This serves as an exciting prelude to the six-part linear version of MOSAIC and allows viewers to see how Soderbergh’s narrative compares to the ones they created with the app.

In Summit, Utah, celebrated children’s author Olivia Lake (Sharon Stone) and her close friend, JC (Paul Reubens), attend a fete hosted by Michael O’Connor (James Ransone), a wealthy financier and neighbor who delivered seed money for Mosaic, a children’s art workshop that is her pet project. Bartending at the party is Joel (Garrett Hedlund), an aspiring artist who catches Olivia’s wandering eye. Deciding to mentor the handsome young man, Olivia offers him lodging and a workspace at her home, a remote estate with picturesque countryside views. Michael and his associate, Tom Davis (Michael Cerveris), are extremely interested in buying Olivia’s property, and when she balks, they enlist a con man, Eric Neill (Frederick Weller), to convince her to sell.

While criticizing Joel (Garrett Hedlund) for not telling her about his girlfriend, Laura (Maya Kazan), Olivia (Sharon Stone) finds herself emotionally drawn to Eric (Frederick Weller), who suggests they meet with Michael (James Ransone) and Tom (Michael Cerveris) about financing an expansion of Mosaic to other cities. Eric’s secretive employer chafes over Eric’s slow progress in getting Olivia to sell her property, and is floored when Eric announces he’s quitting the scam and will come clean to Olivia. That decision triggers a chain of events that ends with Olivia vanishing on New Year’s Day – and Eric targeted as the prime suspect in her disappearance

Alan Pape (Beau Bridges), a longtime veteran of the police department, is hired by Tom Davis (Michael Cerveris) to run a lucrative private-security operation in Summit. After a break in Olivia’s case, Eric’s sister, Petra (Jennifer Ferrin), queries Summit detective Nate Henry (Devin Ratray) about alibis, and heads to Louisiana to track down Joel (Garrett Hedlund), who’s relocated there with Laura (Maya Kazan). Reluctantly, he agrees to return to Summit with Petra, and ends up scouring the local bars in search of a mysterious intruder

Joel’s (Garrett Hedlund) New Year’s Eve whereabouts comes under increased scrutiny after his bar buddy, Frank (Jeremy Bobb), admits to Nate (Devin Ratray) and Petra (Jennifer Ferrin) that their alibi was bogus. A visit to a New Year’s reveler clears up one issue, but the timing of another remains unclear.

Though he has suspicions that the wrong man is in prison, Nate (Devin Ratray) faces major obstacles as he tries to get a subpoena on a closed case. Eric (Frederick Weller) is dogged by allegations stemming from an earlier mysterious death. An increasingly paranoid Joel (Garrett Hedlund) weighs his options as evidence against him mounts.

Determined to uncover the missing pieces of the Summit murder puzzle, Petra (Jennifer Ferrin) turns up the heat on JC (Paul Reubens), Alan (Beau Bridges) and Tom (Michael Cerveris) while probing the mining history of several interconnected Summit properties. After getting the cold shoulder from the lead prosecutor on a closed case, she finds herself treading on dangerous ground as the truth – or what she hopes is the truth – is finally revealed.

What do you think? Are you a fan of Steven Soderbergh’s work? Will you watch Mosaic?