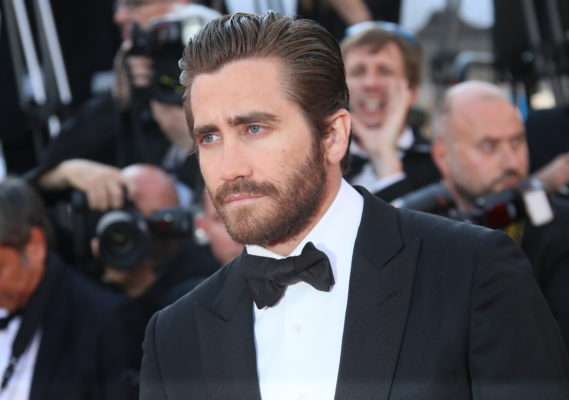 Jake Gyllenhaal is coming to HBO. The cable channel has given a series order to an adaptation of The Son, the bestselling novel from Jo Nesbø. Denis Villeneuve is attached to direct. Gyllenhaal will star in the drama and executive produce with Villeneuve, Nine Stories’ Riva Marker, Lenore Zion, and Kilter Films’ Jonathan Nolan, Lisa Joy, and Athena Wickham. Nolan, Joy, and Zion will showrun the series and Zion will write it.

The story of The Son (not to be confused with the 2017 AMC Western series) follows escaped convict Sonny Lofthus. He’s an opioid addict who can’t recall his past and is running toward an unknown truth. A premiere date hasn’t been revealed.

The series is based on “The Son,” from the #1 New York Times bestselling author Jo Nesbø, which is described as a tale of vengeance set amid Oslo’s brutal hierarchy of corruption.

“Jonah and Lisa are a formidable creative force and we are excited to collaborate with them again, alongside the brilliant Lenore, to adapt Jo Nesbø’s novel,” said Orsi. “Denis is a master at weaving visually exquisite and unique narratives, Jake is a gifted actor and producer whose work often traverses provocative and compelling terrain, and of course, he and Denis have collaborated brilliantly in the past. We are beyond excited to see how this powerhouse team tackles this exceptional work.”

About Jake Gyllenhaal
Jake Gyllenhaal is an Academy Award and Tony nominated actor, as well as a producer of note with his company Nine Stories. Alongside Hollywood’s greatest filmmakers, Gyllenhaal starred in Sony Pictures highest grossing film of all time, Jon Watt’s’ ”Spider-Man: Far From Home;” Ang Lee’s classic “Brokeback Mountain,” for which he received an Oscar® nomination and won a BAFTA for Best Supporting Actor; Dan Gilroy’s “Nightcrawler,” for which he received Golden Globe, BAFTA, SAG and Independent Spirit Award nominations; Bong Joon Ho’s “Okja;” David Ayer’s “End of Watch;” Antoine Fuqua’s “Southpaw;” Denis Villeneuve’s “Prisoners” and “Enemy;” Richard Kelly’s “Donnie Darko;” David Fincher’s “Zodiac;” Sam Mendes’ “Jarhead;” Nicole Holofcener’s “Lovely and Amazing;” Ed Zwick’s “Love and Other Drugs,” for which he received a Golden Globe nomination, and Tom Ford’s “Nocturnal Animals,” for which he earned a BAFTA nomination. His stage work on Broadway includes the Tony nominated “Sea Wall / A Life” (Tony nomination Best Actor, Drama League Award); Sunday in the Park with George; Constellations (Drama Desk Award); Little Shop of Horrors. Off-Broadway includes If There Is I Haven’t Found It Yet; and on the West End, This is Our Youth (Evening Standard Award). This fall Gyllenhaal will re-team with director Antoine Fuqua and star in “The Guilty” for Netflix, which Nine Stories will also produce.

Through Nine Stories, Gyllenhaal is currently producing “The Guilty” for Netflix to be directed by Antoine Fuqua and will begin filming mid-November in Los Angeles. “Snow Blind” to be directed by Gustav Möller at Apple+, Janicza Bravo’s adaptation about writer Dan Mallory for Annapurna, among others. Most recently, Nine Stories produced Antonio Campos’ “The Devil All The Time” for Netflix starring Tom Holland, Sebastian Stan, Mia Wasikowska, and Robert Pattinson, and Reinaldo Marcus Green’s  “Good Joe Bell” starring Mark Wahlberg, Connie Britton, and Gary Sinise. Nine Stories has produced Paul Dano’s “Wildlife;” David Gordon Green’s “Stronger;” and executive produced the documentary “Hondros.” Gyllenhaal also produced “End of Watch” and “Nightcrawler,” the latter of which earned him an Independent Spirit Award for Best First Feature. For the stage, Nine Stories produced the Broadway revival of “Sunday in the Park with George”, “Sea Wall / A Life” (Four Tony nominations including Best Play and Best Actor for Gyllenhaal and Tom Sturridge), David Cale’s “We’re Only Alive for a Short Amount of Time”, and the Broadway debut of Jeremy O Harris’ groundbreaking Tony-nominated “Slave Play” (12 nominations). Both “Slave Play” and “Sea Wall / A Life” received 16 Tony nominations combined for the 2020 Broadway season — both received nods for Best Play.

About Kilter Films
Kilter Films is a Los Angeles-based production company founded and run by Lisa Joy and Jonathan Nolan. Nolan is a critically-acclaimed Academy Award and Emmy Award nominated writer, director and producer known for his work on “The Dark Knight,” “Interstellar” and “Memento.” Joy is an Emmy®-nominated writer, director and producer. She is making her feature film directorial debut with “Reminiscence” for Warner Bros. this spring. Starring Hugh Jackman, Rebecca Ferguson and Thandie Newton, Joy wrote the script, which landed on The Black List, and produces with her Kilter Films partner Nolan, Michael De Luca, Aaron Ryder and Athena Wickham. Through their deal with Amazon, Kilter Films is currently in pre-production on “The Peripheral,” the series adaptation of William Gibson’s 2014 sci-fi thriller novel, starring Chloë Grace Moretz and Gary Carr, following a woman in a near-future America in which technology has started to subtly alter society. They have also partnered with Bethesda Game Studios to develop “Fallout,” a television show for Amazon based on the worldwide best-selling video game franchise. With Team Downey and Warner Bros. Television, Kilter Films will also produce the HBO series “Sphere,” The sci-fi series will be based off Michael Crichton’s 1987 novel and Joy and Nolan will also serve as executive producers. Kilter Films produces HBO’s hit series “Westworld,” which was recently picked up for a fourth season. “Westworld” has amassed 54 Emmy® nominations over its three seasons, along with DGA, WGA, PGA and SAG nominations. Kilter Films also produces interactive and transmedia marketing for the series, including a “Westworld” Super Bowl spot directed by Nolan. Previously Kilter Films created and produced CBS’ 2011-2016 Emmy® nominated crime series “Person of Interest” starring Jim Caviezel, Michael Emerson and Taraji P. Henson.

About Nine Stories Productions
Jake Gyllenhaal and Riva Marker founded Nine Stories in 2015 with the mission to support and amplify visionary storytellers in all fields. Since its inception, the company has quickly become a force: sourcing material, developing it from the ground up, collaborating with bold storytellers, and shepherding projects through release.

Nine Stories is in production on the English language adaptation of acclaimed Danish film “The Guilty” for Netflix, which will re-team director Antoine Fuqua and Gyllenhaal. The company produced Antonio Campos’ “The Devil All The Time” — starring Tom Holland, Robert Pattinson, Riley Keough and Sebastian Stan — which was released in September 2020 and is trending #1 on Netflix globally. Also this fall, Nine Stories produced “Good Joe Bell” directed by Reinaldo Marcus Green and starring Mark Wahlberg and Connie Britton — which premiered at the 2020 Toronto International Film Festival, after which it promptly sold to Solstice Studios for $20 million. Currently on VOD is “Relic,” the feature debut of the brilliant Natalie Erika James which scored a coveted New York Times’ Critics’ Pick.

Nine Stories has a robust film & television development slate, including  “The Division,”  Ubisoft’s post-apocalyptic video-game adaptation for Netflix in which Gyllenhaal will star with Jessica Chastain; “Snow Blind,” to be directed by Gustav Möller for Apple+; Janicza Bravo’s limited series about writer Dan Mallory for Annapurna; the Steven Knight-scripted  ”Rio” with Gyllenhaal and Benedict Cumberbatch starring  and Edward Berger to direct; and the feature adaptation of the acclaimed Tony Award-winning musical “Fun Home” for Amazon Studios.

For the stage, Nine Stories produced Jeremy O. Harris’ 2019 groundbreaking work “Slave Play” on Broadway at the John Golden Theatre. Gyllenhaal and Marker developed and produced “Sea Wall / A Life” which debuted at the Public Theatre in 2019 and transferred soon thereafter to the Hudson Theatre on Broadway. Also at the Public Theater in 2019 was “We’re Only Alive For A Short Amount of Time,” by playwright David Cale. The company produced the 2017 smash hit Broadway revival of Stephen Sondheim’s “Sunday in the Park with George,” starring Gyllenhaal and Annaleigh Ashford.

About Bold Films
Bold Films, founded in 2004, is an independent entertainment production and finance company dedicated to providing an artistic haven for creative talent. Bold Films’ mission is to produce original, studio-quality film and television projects, which have worldwide commercial appeal.

What do you think? Do you like the sound of this new TV series? Do you plan to check out The Son TV series whenever it comes to HBO?

Absolutely – We will
definitely watch!!! Something to look forward to in times of COVID-19…