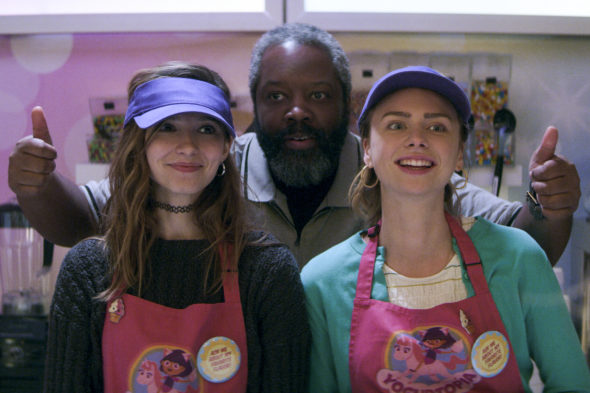 The comedy follows a set of fraternal twins who attend Willingham Academy, a Christian high school. The sisters get into trouble and find an unusual solution.

Set in a buttoned-up Southern community, sixteen-year-old sisters Sterling (Phillips) and Blair Wesley (Fellini) accidentally damage their father’s truck. In order to pay for the accident, the high schoolers team up with veteran bounty hunter Bowser Jenkins (Hardison) for an over-the-top adventure as they dive into the world of bail skipping baddies and suburban secrets while, at the same time, trying to navigate the challenges and drama of high school.

Series Finale:
Episode #10 — Something Sour Patch
After demanding the truth from their mom, the twins face a troubling night filled with heartbreak, hardened criminals, and shocking revelations.
First aired: August 14, 2020.

What do you think? Do you like the Teenage Bounty Hunters TV show? Do you think it should have been cancelled or renewed for a second season?