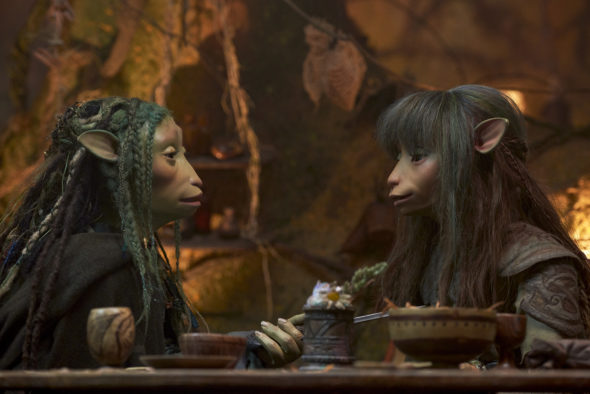 Unfolding years before the events of the movie, when the fantasy adventure kicks off, the world of the Thra is dying. At the heart of Thra is the Crystal of Truth which contains ineffable power. After the evil Skeksis damage it, illness infects the land.

When Rian, Brea, and Deet discover the secret of the Skeksis power, they inspire the people to rebel against the dark power and fight to save the world. Now they must go up against the forces of Emperor skekSo (Issaacs), the brutal ruler of Thra.

Series Finale:
Episode #10 — A Single Piece Was Lost
As the Gelfling and the Skeksis prepare for a fateful battle, the Scientist starts work on a new secret weapon.
First aired: August 30, 2019.


What do you think? Do you like The Dark Crystal: Age of Resistance TV series? Should this Netflix TV show have been cancelled or renewed for a second season?

dark crystal age of resistance is an excellent show . there is so much more story to tell . please renew for a second season . I need to know more ! love love this show.