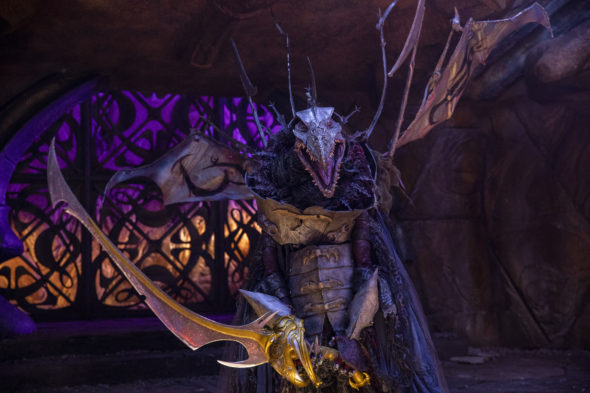 Are the Gelfling safe? Has The Dark Crystal: Age of Resistance TV show been cancelled or renewed for a second season on Netflix? The television vulture is watching all the latest TV cancellation and renewal news, so this page is the place to track the status of The Dark Crystal: Age of Resistance, season two. Bookmark it, or subscribe for the latest updates. Remember, the television vulture is watching your shows. Are you?

Weaver narrates the action-adventure, which centers on centers on three Gelfling named Rian (Eggerton), Brea (Dinnean), and Deet (Emmanuel). When the series opens, the world of the Thra is dying. At the heart of Thra is the Crystal of Truth which contains ineffable power. After the evil Skeksis damage it, illness infects the land. Rian, Brea, and Deet discover the secret of Skeksis power and inspire the people to rebel against the forces of Emperor skekSo (Issaacs), the brutal ruler of Thra.

Unless they decide to publicize viewership, it is difficult to predict whether Netflix will cancel or renew The Dark Crystal: Age of Resistance for season two. Netflix likes to give its shows time to catch on, but they no longer prolong the inevitable and avoid cancellation. These days, a series is lucky to get past season three. The good news is, they usually make their decision to renew within a month or so, and if they do pick it up, we should hear within a couple of months of the series premiere. Until we know more, I’ll keep an eye on the trades and press releases and update this page with breaking developments. Subscribe for free The Dark Crystal: Age of Resistance cancellation or renewal alerts.

9/22/20 update: Netflix has cancelled The Dark Crystal: Age of Resistance.

What do you think? Were you hoping that The Dark Crystal: Age of Resistance TV show would be renewed for a second season? Are you sorry that Netflix cancelled this TV series, instead?