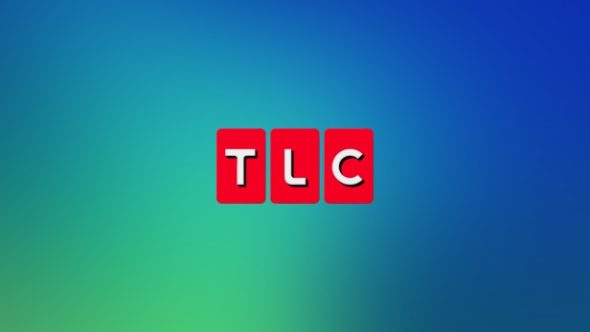 TLC revealed more about the return of the eight reality series in a press release.

Next year, TLC is bringing more love, family and relationships to tv lovers with the highly anticipated return of eight new seasons of returning fan favorites. For three years running, TLC has been the #1 primetime, non-sports ad-supported cable destination for women 25-54 and remains in the top 5 of ad-supported cable networks on five nights of the week with women 25-54 and 18-49 in 2022 to-date.

Below, please find more information to welcome back these returning series:

BFFs Vannessa, Meghan, Tina and Ashely return with heart, humor and waistline struggles as they come together to celebrate the highs and also, battle obesity’s lows in an all new season. Even after losing 200 lbs, Meghan struggles with motivation and hopes planning her wedding will get her back on track, but the stress of living with Tina and her family while their house floods may derail them both. Vanessa, the most successful in her weight loss journey, now fears for the life of her obese 19-year-old son, and Ashely must face personal set backs that threaten her chances to qualify for the gastric bypass surgery. The four women are always searching for new and unique ways to push themselves, and each other, physically and mentally. From participating in a 5k to roller skating to bra shopping and a trip to a wellness retreat, this feisty foursome will try anything in their quest for weight loss. Through the meltdowns to the glow-ups and everything in between, they always strive to stick together as BFFs. 1000LB BEST FRIENDS is produced by Crazy Legs Productions for TLC.

After surviving a near-death experience, Tammy struggles to cope with her new reality. Then, she makes a life-altering decision, one that no one saw coming. With baby number two on the way, Amy feels her family is complete, but she soon realizes being an overweight mom may prove to be too much. Chris is desperate to get rid of excess skin and qualify for skin removal surgery, while Amanda offloads some dead weight of her own. 1000LB SISTERS is produced by Crazy Legs Productions for TLC.

I AM JAZZ: Premieres on Tuesday, January 24th at 10pm ET/PT

After her first year at Harvard on her own, Jazz returns home to Florida for the summer and asserts her new-found independence. Jazz works on getting better at asserting herself in her social and dating life as she goes on several dates, including a speed dating event with her longtime transgender friend Jojo, who now goes by Jaclyn. But ugly remarks spring forth on Jazz’s dating app and she realizes she will always have to contend with haters. As Jazz embarks in more social activities, her mental health issues come back into play, culminating in a breakdown. Her mom tries to find the best way to support her youngest child, and on the advice of a psychic, Jeanette steps back for Jazz to grow. However, when Jazz receives a death threat when she returns back to college, her parents step forward in high gear. I AM JAZZ is produced by This is Just a Test for TLC.

The twins are taking on Miami! Darcey and Stacey are officially splitting their time between their digs in Connecticut and their new apartments in Miami. Finally free of Georgi, Darcey is ready for a fresh start – she is single and ready to mingle. We see Darcey navigate single life in Miami while building her empire and being a proud mama who wants the best for her daughters. We’ll follow Darcey on her journey to find the right kind of love and witness her moments of self-discovery along the way. Meanwhile, with the twin wedding called off, Stacey is ready to plan her own wedding to finally celebrate her and Florian’s love with friends and family. Planning a wedding is never easy and concerns over finances are bubbling to the surface as Florian, despite having received his working papers, has yet to really look for a job. Will Stacey be able to find support in Darcey or will the upcoming wedding also be a source of tension between the twins as Stacey is in some ways moving on for the first time in her life without Darcey? Darcey & Stacey is produced by Sharp Entertainment, a part of Sony Pictures Television, for TLC.

Some sister bonds are stronger than others, but these sisters take it to the extreme. Twenty-five year old triplets Hannah, Katherine and Nadia still live together, vacation together and speak their own made-up language – causing concern from their family. Naked as the day they first came into the world, twins Jordan and Randi enjoy long baths together, giving each other spa treatments and fantasize about marrying identical twins. When sister Ashley seeks a surrogate, her older sister Vee, mother of ten, immediately offers to carry her baby even though she faces an ultimatum from her husband. After hitting a rough patch, “Psychic Sisters” Christina and Jessica have made amends and are closer than ever just in time for Christina’s pregnancy, but her husband John still struggles with their extreme bond. Anna and Lucy are still trying their best to live their lives as one person, including sharing a partner Ben, who worries they are sacrificing their happiness in order to fulfill this desire. These sisters’ obsession with each other is over the top, and they unapologetically refuse to change anything about the unconventional ways they live their lives. EXTREME SISTERS is produced by Bodega Pictures for TLC.

Thanks to Houston-based bariatric surgeon, Dr. Nowzaradan, those who suffer from being morbidly obese now have a glimmer of hope. His brand of tough love – harrowing and at times charming – is exactly what these individuals need if they’re going to break the cycle of food addiction. This season follows patients who drag themselves out of bed to take those first excruciating steps towards a new way of life and free themselves from the hold food has had over them. Each of them must come to grips with the inner demons that brought them to their current state and overcome the pathological mechanisms that led them to find so much more than substance and nutrition in food. MY 600-LB LIFE is produced by Megalomedia for TLC.

SAY YES TO THE DRESS: Premieres on Saturday, February 4th at 8pm ET/PT

Throughout the seasons, bridal fashions have changed but Randy and the Kleinfeld consultants’ superior service have remained constant. This season, Randy and his team navigate indecisive and panicked brides, opinionated family members and a woman who wants a wedding dress despite being single! When bride Victoria wants to show off her back, booty and biceps even though her grandma wants her to cover up, Randy works to find the perfect compromise. Client Amanda is back at Kleinfeld to find a second dress after her fiance told her he hates her first pick, and Red already bought a “just in case” dress at another salon, but she doesn’t want to settle. Can she find a dress that’s “just the one” at Kleinfeld? A mother of the bride has a laundry list of changes to make before she lets her daughter, Ryleigh, walk down the aisle. Plus, cast members both past and present join Randy for a special look back to celebrate their success and reminisce about the stand out moments they’ve witnessed over the years. SAY YES TO THE DRESS is produced by Half Yard Productions for TLC.

RETURN TO AMISH follows a group of Amish and former Amish experiencing the world outside their closed communities to figure out where they truly belong. This season, the new Amish take a deep dive into the unknown outside world when they leave their restrictive settlements in search of their hopes and dreams – a career as a basketball player for Kenneth, a non-Amish wife for Daniel, or seeking answers for who Fannie truly is rather than who she’s told to be. However, things do not always go as planned as unrestricted freedom proves to be terrifying and anxiety-inducing, causing some to face lifelong consequences. RETURN TO AMISH is produced by Hot Snakes Media for TLC.

What do you think? Are you excited about TLC’s early 2023 lineup? Will you be watching any of these shows?

Why does TLC continue to be in existence – the trash they manufacture, and the poor quality garbage tv shows they produce, thank you gen x for your brilliance and high quality demands of tv producers everywhere.