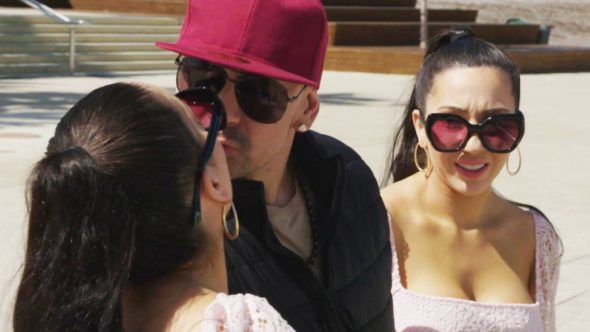 TLC has renewed three of its reality series for brand new seasons. I Love a Mama’s Boy (season three), Extreme Sisters (season two), and sMothered (season four), have all been renewed. According to the cable channel, the shows “deliver fresh twists on family and relationship programming.”

HGTV revealed more about the renewals in a press release.

“Some say a family bond is unbreakable and that couldn’t be more true for the dynamic duos and trios featured in TLC’s I LOVE A MAMA’S BOY, EXTREME SISTERS and sMOTHERED. Each of these family and relationship series highlight unique and close knit bonds between parents, children and siblings alike. With awkward, can’t look away moments and storylines, these three buzz-worthy series have surprised and delighted viewers across all platforms. In their series premieres, they ranked #1 among women within their time period and averaged over 1.4M P2+ viewers.

“Each of these returning series deliver fresh twists on family and relationship programming,” said Howard Lee, President of TLC Streaming and Network Originals. “Sometimes, loving someone can go a little too far and these docuseries offer a front row seat along with a zany combination of heart, comedy, excitement and even suspense. We know our fans relish in watching these relationships unfold and we are brimming with excitement to revisit some of these cast members and meet new ones!”

· I LOVE A MAMA’S BOY (Renewed for Season 3) – In season 2, 1.4M P2+ viewers tuned in to watch these mother-son duos enjoy sleepytime tea and go lingerie shopping for their girlfriends. This series generated over 100% more social video views throughout its season than the average cable reality series.

· EXTREME SISTERS (Renewed for Season 2) – From identical twins to psychic sisters, viewers couldn’t look away to see how the sisters were entwined in each other’s lives and relationships. Extreme Sisters is a top freshman series on cable in 2021 to date among women 18-34. With a combined 20M Facebook and TikTok views, social media can’t get enough of Anna and Lucy who do everything the same from dressing to dating the same man.

· SMOTHERED (Renewed for Season 4) – Sharing bath water was just the tip of the iceberg for these moms and daughters. In its most recent third season, sMothered ranked #2 in its time period among women 25-54. With 25M Facebook video views, audiences continue to watch overbearing mothers play a major role in their daughters’ lives, ranking among the top 10 most social cable reality shows on premiere night across each social platform.

What do you think? Are you excited to see more episodes of I Love a Mama’s Boy, Extreme Sisters, and sMothered on TLC?

JUST MAKE IT STOP. Why oh why do those of us with an actual functional Brain have to be subjected in every growing amounts to the brain dead mind numbing rubbish like these shows. Make it stop!