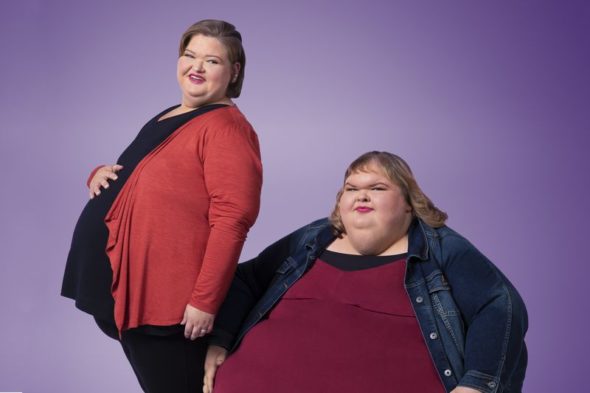 1,000-lb Sisters is sticking around. TLC has renewed the reality series for a third season. Tammy and Amy Slaton are featured in the series which follows the sisters as they live their lives and try to lose weight.

This renewal comes just a week after the second season ended on the cable channel. A premiere date for season three has not been set at this time. TLC revealed more about the renewal of the reality series in a press release.

“The sophomore season of TLC’s 1,000-LB SISTERS was #1 in its time period among W25-54/18-49/18-34. The series, which concluded its second season on March 8, averaged a 1.28 rating with W25-54 and averaged 1.5M P2+ viewers. In this emotional season, Amy and Tammy Slaton, two spunky sisters from Kentucky who share their weight struggles and larger-than-life personalities, continued their weight loss journeys alongside their brother Chris. Viewers also watched Amy and her husband Michael’s dreams come true when they found out they were expecting. In the season finale, Amy gave birth to a baby boy named Gage.

“Tammy and Amy Slaton have captivated us with their fun-loving personalities, heartfelt challenges and uplifting victories,” said Alon Orstein, SVP, Production and Development, TLC. “We admire their genuine, evolving journeys and we are rooting for them as they pursue paths toward healthier lifestyles.”

This season of 1,000-LB SISTERS grew significantly and found its core audience. Season two was up double-digits vs. its freshman season among P/W25-54 ratings and P2+ delivery. Not only did viewers take to it on linear, an explosion of fans took to it on social with the series averaging 15M interactions each week. TLC’S TikTok “My Bills Are Paid!” clip featuring Tammy and Amy saw over 65M views, and to kick off the second season, 8.7M people checked out the season preview on TLC’s Facebook page. On YouTube, 1,000-LB SISTERS has 23M total VVs. Thirteen of these videos, featuring moments from the show, have over 1M VVs each, led by “Tammy Gained 50lbs in 30 Days!” with 2.8M Vvs.”

What do you think? Are you a fan of the 1,000-lb Sisters on TLC? Do you plan to watch season three?

Love it bring it back soon

Glad their coming back. Hoping they both get healthier.

enjoy them please bring the show back soon…

I love the show and miss it

I enjoy watching the sisters. I think Dr. Now the weight loss specialist should help Tammy get weight loss surgery.

Yeh their coming back! Have missed the show