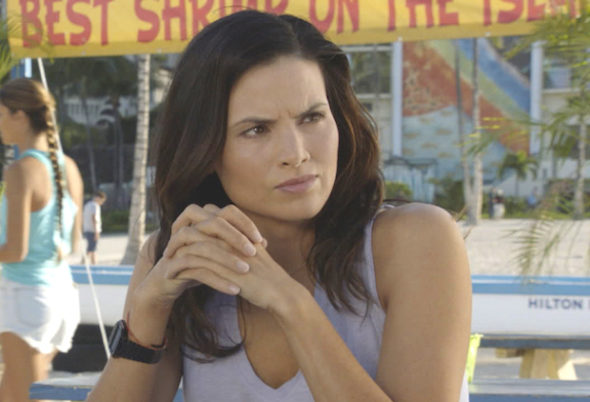 Deadline revealed the following about Law’s role on the CBS series:

“Law will play NCIS REACT Special Agent Jessica Knight, a formidable REACT Team agent who specializes in hostage negotiations and handles daily high-risk operations with skill and precision. Sharp, athletic and tough, she was raised by a single mother and had to fight for everything in life and is damn good at it. Fiercely tenacious and with a wry sense of humor, Jessica is married to a stay-at-home dad who is raising their infant son.”

Law will appear in the final two episodes of season 18 of NCIS. If CBS picks up the series for season 19, she could become a series regular.

What do you think? Are you excited to see Law appear on the NCIS TV series on CBS?

I did not care for Law on Hawaii 5-0. I didn’t like her on NCIS tonight, sorry she is an actor who is not appealing to me. I agree the characters on NCIS could use more depth to the characters.

I liked her on Hawaii 5.0, would like her on NCIS. Hopefully for another season, NCI S is my favorite show.

Just wish they would stop changing the characters. You get to like them off they go. Sure this works out. NCIS is the best and most favorite show I watch.

I agree. And it is never the ones who should never have been hired. Harmon needs to go. Jimmy needed to go LONG ago. New lab girl; go! Tim has slimmed down & looks anemic. Weak. GO! All the same problems with New Orleans version. Lead is weak & corrupt. Always breaking the law & playing lone wolf on a Federal Law Enforcement team. Another weak lab rat stituation converted to Super Agent status. And another weak ME w/double standards. Internal weakness & corruption up the yin yang. Guess writers & some actors being paid minimum wage. I lost interest… Read more »