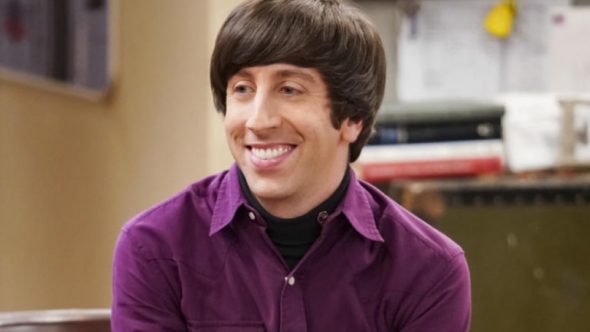 A character from The Big Bang Theory is returning. Simon Helberg is bringing back Howard Wolowitz to the Young Sheldon prequel series for some narration on this Thursday’s episode. His character will “tell the origin story of Sheldon Cooper’s complicated relationship with engineering.” Based on the preview, it’s clear that Howard is reading the narration from a time after Big Bang’s series finale.

Steven Molaro, an executive producer on the CBS comedy, said the following about Helberg’s appearance, per Deadline:

“We love being able to explore the origins of Sheldon Cooper every week on Young Sheldon. But it’s always extra fun when we’re able to incorporate Big Bang Theory Easter eggs into the storylines. Getting to work with Simon again to help explain Sheldon’s long hatred of engineering was a dream come true. Jim and Simon – even in voiceover on Zoom – didn’t miss a beat in their banter as Sheldon Cooper and Howard Wolowitz. Plus, this episode sees the return of Reba McEntire and introduces Lance Reddick as Sheldon’s first engineering professor ­– it’s absolutely one of our best episodes.”

Check out a preview for the upcoming episode of Young Sheldon below.

What do you think? Are you excited to hear another Big Bang Theory alum on Young Sheldon this week?

I wouldn’t watch either one.

Agree with you too. Like Sheldon girlfriend Call Me Kat and Young Sheldon both starring in comedy.

I hope they still do give Horowitz series. He was so comical and he was probably the best comedian of them all. I also never knew understood why Leonard never got his own show.