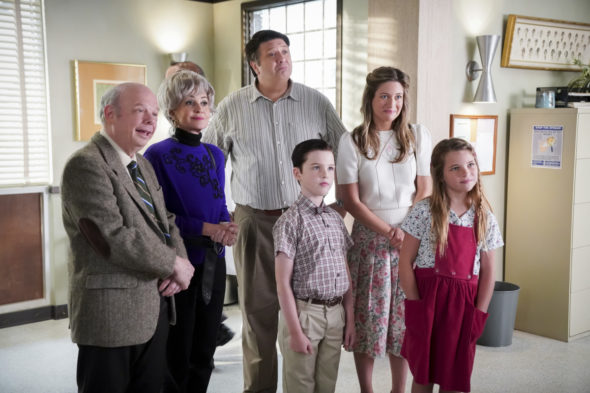 According to Deadline, Young Sheldon‘s Iain Armitage, Lance Barber, and Montana Jordan will appear in an upcoming episode of The Big Bang Theory. Few other details have been released, but the episode will air on CBS this December.

What do you think? Do you watch both Young Sheldon and The Big Bang Theory? Are you excited for the crossover?

I love both shows and am very sorry that Big Bang is ending, I hope Young Sheldon isn’t ending also.

I am happ long as Big Bang theory stay li love the show.

We love Young Sheldon but are tired of Big Bang. Should be an interesting combination!

We love the Big Bang Theory and Young Sheldon!!!! Both shows are so funny and entertaining. I think the crossover would be great. Thank you for putting these kind of shows on, for all to enjoy!

We adore both The Big Bang Theory and Young Sheldon!!! My 8 year old son, my husband and myself are all HUGE FANS. WE WILL TRULY MISS BIG BANG THEORY! It has been my son’s favorite show since he was a baby. Even before he could talk, he would watch the show and laugh and coo and make the HAPPIEST noises. And it is one of the few shows that all three of us can all enjoy TOGETHER. And now we also have YOUNG SHELDON. SO THANK YOU TO ALL OF THE PEOPLE INVOLVED IN BOTH SHOWS FOR BRINGING MY… Read more »

My son and I watch Big Bank Theory and Young Sheldon faithfully. It is such a good sitcom. I will truly miss the Big Bang Theory when it ends this year.

Sounds like it’ll be a flashback scene …. it’s the only thing that makes sense

I’m anxious to see this cross over show. I still don’t want to see Big Bang Theory to end. So Sad.

We love both shows and are so sad to see The Big Bang leave.

Kathy Lovejoy
Reply to  Judy B.

Sounds like it will be good, if it is done right. But still feel like we’re losing part of the family when THE BIG BANG THEORY ends 🙁 Love BOTH shows.