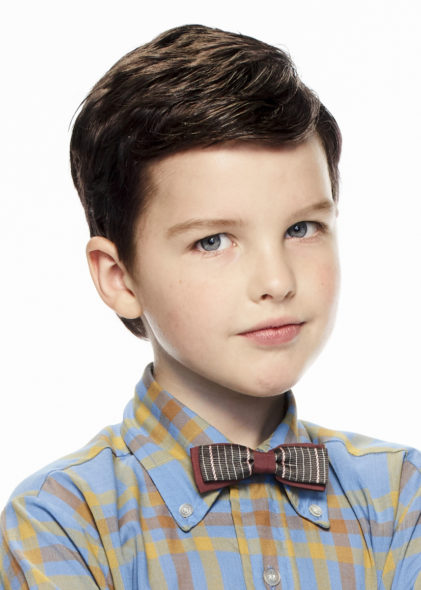 Talk about starting off with a bang! CBS has issued a full season one order to its new Young Sheldon TV show. A prequel to The Big Bang Theory, Young Sheldon just premiered on Monday, September 25th. The Tiffany Network has not released an updated count, but it should be in the neighborhood of 22 episodes. Don’t panic if you don’t see it on the air, for a while. The first season of Young Sheldon is scheduled to resume in November.

A single-camera comedy, Young Sheldon stars Iain Armitage as Sheldon Cooper. The CBS cast also includes Zoe Perry, Lance Barber, Annie Potts, Montana Jordan, and Raegan Revord, with Jim Parsons narrating. The sitcom kicks off in 1989 and centers on the title character, when he was just a nine-year-old boy, surviving childhood in an East Texas outpost that he doesn’t quite “get,” and which doesn’t quite “get” him.

Learn more about Young Sheldon, including its blockbuster season one premiere ratings, from this CBS press release.

CBS has given a full season order to new comedy series YOUNG SHELDON, which premiered Monday night, Sept. 25. YOUNG SHELDON was the most watched comedy premiere on any network since 2011, averaging 17.21m viewers, and 3.8 in adults 18-49, the highest rating for any new comedy since 2013. In addition, it retained 98% of its THE BIG BANG THEORY viewer lead-in, 93% in adults 18-49 and 95% in adults 25-54, the best retention percentages for any new comedy following an original episode of THE BIG BANG THEORY.

What do you think? Did you catch the Young Sheldon TV series premiere? Do you plan to watch the full first season of this new CBS sitcom? Let us know, below.

Actually, when the show invests more time into the other characters, its pretty funny. Annie Potts and Wallace Shawn are a hoot! The parents are great, and Sheldon’s brother and sister are interesting in their own right. Maybe they should call it, The Cooper Family instead of, Young Sheldon

I understand this is a spin-off from the same production company who produces the parent show but I
can’t imagine who would greenlight this juvenile show? Today’s nine year olds are probably indentifying
with ADULTS, not kiddies. The sooner it’s cancelled the better.

To be honest, I thought it was OK. While not hilarious, it’s a breath of fresh air on comparison to many recent lukewarm seasons of TBBT. And this comes from a fan.

please cancel i hate it another comedy to watch many out there. besides the big bang theory like more so do friends and family sheldon cooper i love on show not off.

My least favorite character on Big Bang was an obnoxious Sheldon and I could barely tolerate to watch because of that. Now Young Sheldon has an unlikable, unfunny, more obnoxious younger Sheldon. I’m passing on any further episodes of this show.