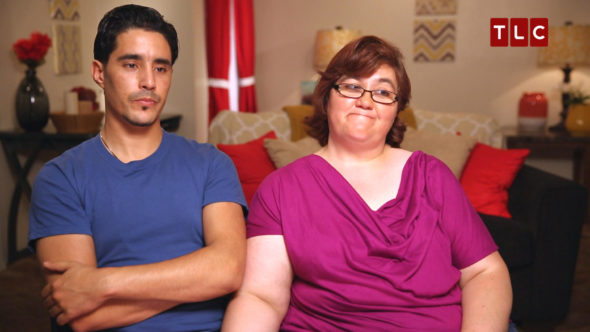 (Los Angeles, CA) – Experiencing significant growth across all four shows from the 90 DAY FIANCÉ franchise, TLC has green-lit each to return in 2018. The runaway hit franchise set record ratings in 2017.

The original story of overseas love, 90 DAY FIANCÉ returns for a sixth season and will follow brand-new couples who take a chance on love and bring their potential spouses-to-be stateside. Using a special K-1 visa, the couples are required to get married at the end of only 90 days – or else be forced to return to their home countries. Last year season five was the highest rated season ever among the entire franchise with W25-54 (1.8) and was the most watched among total viewers (P2+ delivery: 2.2M), up +20% and +29% respectively vs. the prior season.

90 DAY FIANCÉ: HAPPILY EVER AFTER? will return for a third season featuring couples from the original series who gave up everything for a shot at love and the American dream. Having navigated through the K-1 “fiancé visa” process, the couples are now married, but quickly realize that the honeymoon is over as real-life sets in. The spin-off’s second season was #1 in its time slot with all key Women demos, up over its year ago performance with W25-54 (1.5; +7%) and P2+ viewers (1.8M; +13%).

90 DAY FIANCÉ: BEFORE THE 90 DAYS returns for a second season, following the stories of Americans who believe they’ve met the love of their lives, a future husband or wife, through various methods including international dating websites and apps. These stories begin before the K-1 Visa process – from meeting in person for the first time, to travelling to a foreign country they barely know or understand. 90 DAY FIANCÉ: BEFORE THE 90 DAYS is TLC’s highest rated and most watched freshman series in 2017 among W25-54 (1.7) and P2+ (2.1M).

Join the conversation on social media by using the hashtag #90DayFiance and ‘Like’ the show on Facebook. Catch up on full episodes of 90 Day Fiancé and 90 Day Fiancé: Happily Ever After, 90 Day Fiancé: Before the 90 Days on TLC.com or by downloading the TLC GO app.

The 90 DAY FIANCÉ franchise of shows are produced by Sharp Entertainment for TLC.”

What do you think? Are you a fan of 90 Day Fiance? Are you glad the shows have been renewed?

Yes, I am happy that the show has renewed. I have not watched that many of the shows; but have followed a few of the couples and their stories. I am American and met a wonderful man online from Fez, Morocco and we got married in Morocco last July. We are awaiting for his Visa now and it’s so exciting. I so understand many of the stories; but I have learned from them also. The one thing is about honesty and trust; so yes, I wish all the couples the best as we only get to short clips of their… Read more »