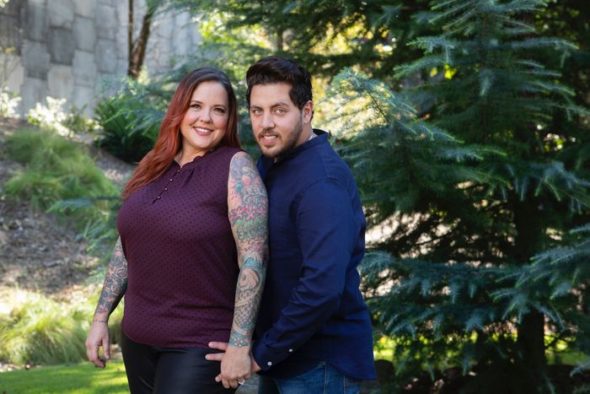 A new season of 90 Day Fiance is coming! TLC has revealed the couples and premiere date for the eighth season of the reality series where couples meet and spend 90 days together seeing if there is a love match. If there is one, they need to marry before the time is up.

TLC revealed more about the return of 90 Day Fiance in a press release.

“Four new and three returning couples from the 90 Day franchise are ready to put it all on the line for what they believe to be true love in a brand-new season of 90 DAY FIANCÉ. The eighth season of the original 90 Day series that started it all premieres Sunday, December 6 at 8PM ET/PT on TLC. These couples have overcome many obstacles to get approved for the K-1 Visa and bring their spouses-to-be stateside, but the hard part is far from over. They will each have 90 days from the moment their significant other lands on U.S. soil to say “I do,” or else the foreigners will have to head back to their home countries.

The couples followed this season include:

Brandon was first introduced to Julia when his friend saw her go-go dancing in a club and decided to video chat Brandon so the two could meet virtually. Despite their distance and very different lifestyles, Brandon working and living on his parents’ farm and Julia, a city girl working as a go-go dancer, the pair hit it off instantly, and Brandon was smitten. After only five months and one meeting in person, they met up for a second time in Iceland and Brandon proposed. Now they are getting ready for Julia to move to the U.S., but after all of the money he has spent on the relationship so far, the couple will need to live with his parents for a little while so that they can save up and eventually find a place of their own. Brandon’s parents are happy that he’s finally met someone but they hope that Julia will be okay with their conservative rules and be open to pitching in to help out on the farm.

Last season we met Mike and Natalie after they were introduced by mutual friends. They fell in love, but we also watched them deal with everything from trust issues, major differences and uncertainty about their own feelings. Despite everything, their love for each other encouraged them to apply for the K-1 Visa and Mike went to the Ukraine while they waited for it to process. This time around things are moving quickly as Natalie finds out that she must move to the U.S. within 20 days of receiving her visa. With how they left things last time, Mike is taken aback that everything is moving so fast and wonders if they’ll be able to sort out all of their issues with only 90 days to commit to marriage.

Last time we caught up with Rebecca and Zied in BEFORE THE 90 DAYS, they became engaged and were starting the K-1 Visa process. Now, Rebecca is anxiously awaiting the final step in the K-1 Visa process – Zied’s interview. If everything goes as planned, Zied will be on his way to the U.S. Rebecca has gotten a new job and is working overtime to support Zied financially when he arrives. Like last time, Zied’s conservative religious beliefs create conflict in their relationship, causing Rebecca to be suspicious that she is being scammed again. Rebecca’s daughter Tiffany and her boyfriend Micah worry that Rebecca is making the same mistake again and that this relationship, like her last marriage with a foreigner, will not work out.

While traveling solo around the world, Jovi decided to download a travel app to meet new people. When he matched with Yara, he wasn’t expecting anything more than a hook-up, but they instantly had a connection and continued to travel together. Six months into their relationship, Yara found out she was pregnant, Jovi proposed and they filed for the K-1 Visa. Sadly, Yara had a miscarriage, but the whole experience strengthened their feelings and commitment. Now Yara is getting ready to move stateside, but Jovi’s mother wonders if she’ll be able to fit in with his wild outdoor lifestyle and his friends wonder if he’s serious about giving up the bachelor life.

Stephanie has devoted so much of her life to her two spa businesses that she’s never been in a serious relationship. During a vacation in Belize, Stephanie met Ryan on the beach and the two sparked up a conversation. After so many years of living the single life, Stephanie feels that Ryan is the one and hopes to finally settle down with him. Stephanie spoils Ryan with gifts and supports him and his family with their rent, however, they bicker over his flirtatious tendencies but Ryan believes he’s not doing anything wrong while Stephanie becomes jealous. She has hopes that Ryan will mature when he arrives in the U.S. but her friends and family worry that he is only in it for the opportunities and support Stephanie provides him.

Andrew created an online dating profile when he decided that he was ready to settle down and start a family. He heard from many women and almost overlooked Amira’s brief message but reached out to her. They both felt an instant connection and made plans to meet for a romantic week in Las Vegas, where Andrew proposed. Afterwards, they filed for the K-1 Visa and got approved, but find that they must go to great lengths getting Amira into the U.S. during Covid-19 before their visa expires.

When we last caught up Tarik and Hazel on BEFORE THE 90 DAYS, Tarik had traveled to meet Hazel in person and did everything he could to try and fit into her culture. We saw them get engaged with a romantic proposal and saw Tarik head back to the U.S. Now, Hazel is moving to begin her 90 days with plans to bring her eight-year-old son Harry to America as soon as she can. After revealing that she is bisexual, Hazel now plans to find an American girlfriend to add to she and Tarik’s relationship. However, we find out a bit about Tarik and Hazel’s past that complicates this idea.”

What do you think? Are you a fan of 90 Day Fiance on TLC? Do you plan to watch season eight?

I would watch this show for another 30 years! I cant wait to see how the 3 returning couples have been doing, especially Zied!