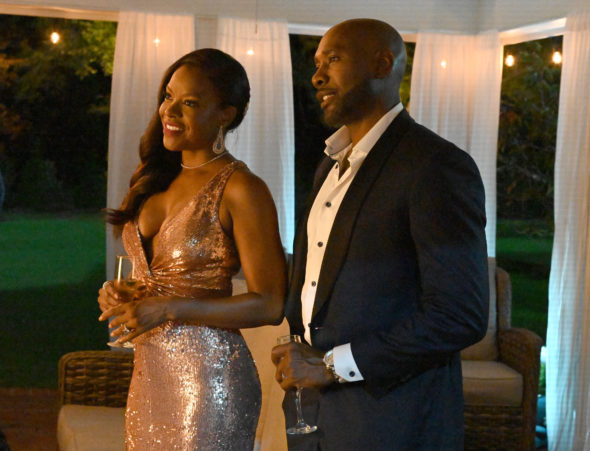 Is this the next big hit for FOX? Has the Our Kind of People TV show been cancelled or renewed for a second season? The television vulture is watching all the latest cancellation and renewal news, so this page is the place to track the status of Our Kind of People, season two. Bookmark it, or subscribe for the latest updates. Remember, the television vulture is watching your shows. Are you?

Airing on the FOX television network, the Our Kind of People TV show stars Yaya DaCosta, Morris Chestnut, Joe Morton, Nadine Ellis, Lance Gross, Rhyon Nicole Brown, Kyle Bary, and Alana Bright with Debbi Morgan, L. Scott Caldwell, Raven Goodwin, and Nicole Chanel Williams in recurring roles. The series takes place in the aspirational world of Oak Bluffs on Martha’s Vineyard, a historical stronghold where the rich and powerful Black elite have come to play for over 50 years. In the story, a strong-willed and single mother named Angela Vaughn (DaCosta) sets out to reclaim her family’s name and make an impact with her revolutionary haircare line that highlights the innate, natural beauty of Black women. However, she soon discovers a dark secret about her own mother’s past that turns her world upside-down and shakes up this community forever.

The first season of Our Kind of People averaged a 0.30 rating in the 18-49 demographic and 1.35 million viewers in the live+same day ratings (including DVR playback through 3:00 AM). While these numbers don’t include further delayed or streaming viewing, they are a very good indicator of how a show is performing, especially when compared to others on the same channel. There can be other economic factors involved in a show’s fate, but typically the higher-rated series are renewed and the lower-rated ones are cancelled. Find out how Our Kind of People stacks up against other FOX TV shows.

Will FOX cancel or renew Our Kind of People for season two? The network needs new drama series and I have no doubt the programmers would love to find a new soapy drama to rival the success of Empire. Unfortunately, based on the ratings, I don’t think this is it. Unless viewership starts to rise, I think Our Kind of People will be cancelled.  I’ll update this page with breaking developments. Subscribe for free alerts on Our Kind of People cancellation or renewal news.

What do you think? Were you hoping that the Our Kind of People TV show would be renewed for a second season? Are you disappointed that FOX cancelled the show, instead?

Please renew Our kind of People. I love this show

Please renew Our Kind of People. My friends and I love this show every week.

I absolutely love this show. Granted it started slow, but by the end had become pretty exciting! I would hate to be left hanging on what could happen next.
I hope this show gets another chance, I think it could be big, given the chance. And the cast is an awesome ensemble.

I enjoyed season 1…and looking forward to season 2. I was late to learn about the series & loved it!!!!

Please bring back our kind of people for another season. Very inspiring!

Our kind of people needs to be renewed for a second season please please, please

Please renew this show and publicize it more. Lots of people just don’t know about it. Excellent show and it got better as the season progressed!

Please renew Our Kind of People. Excellent show. Perhaps if it were advertised like other shows, it would get more viewers.

I already know why shows for MY KIND OF PEOPLE, most often not given more time. I hope Netflix or Hulu pick it up and continue with this program. Fox can kick rocks, they disappoint.

I Love the show, please don’t cancel it,

I love the show! It’s very very good please don’t cancel . I feel like season 2 will be more interesting.

Keep the love scenes out of it. Maybe more people will watch it.

Keep Our kind of People On the air.

Please do not cancel Out Kind of People

Love, Love, Love this show and actor’s and actresses!!! It’s a very powerful show reminds me of Scandal with Kerri Washington when that was on…. Truly hope it does return