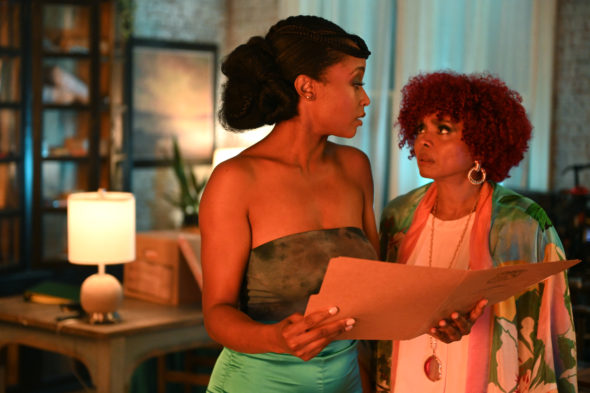 A FOX soapy drama series, the Our Kind of People TV show stars Yaya DaCosta, Morris Chestnut, Joe Morton, Nadine Ellis, Lance Gross, Rhyon Nicole Brown, Kyle Bary, and Alana Bright with Debbi Morgan, L. Scott Caldwell, Raven Goodwin, and Nicole Chanel Williams in recurring roles. The series takes place in the aspirational world of Oak Bluffs on Martha’s Vineyard, a historical stronghold where the rich and powerful Black elite have come to play for over 50 years. In the story, a strong-willed and single mother named Angela Vaughn (DaCosta) sets out to reclaim her family’s name and make an impact with her revolutionary haircare line that highlights the innate, natural beauty of Black women. However, she soon discovers a dark secret about her own mother’s past that turns her world upside-down and shakes up this community forever.

Some shows have better ratings than the network thinks and I am sure this one is one of those shows. Not everyone has time to watch something the same day or even by 3 am. Please don’t let this show end like this at least give it another season to give us closure.

There needs to be a season 2 of Our kind of people. With her going to the hospital in critical condition but makes it through and then have the husband mother suffer

Please don’t cancel. Fox is so quick to cancel, give them a chance and renew please!

Plz renew our kind of people

I Truly enjoy “Our KIND OF PEOPLE” I am so looking forward to season 2.There hasn”t been a good show like this for a long time.

This show is very entertaining! I look forward to every Tuesday so I can watch. One of my new favorite shows. Please don’t cancel!!!!!!

Why would the show be cancelled ..it was a very entertaining show..its much better than shows that haven’t been cancelled..

Expand the show OKP! My wife and I love the show of black love, power, struggle and triumphs. Please make this only the beginning of a new trend of entertainment!

I love the show Our Kind of people! Very entertaining I’m just trying to vote for another season

The ratings are low because since this show premiered it has been preempted more times than it has been shown. I don’t believe that the Network want this predominantly “Black” show to be continued. This is a very interesting and entertaining show. Each Tuesday at 9 on Fox
TV I look forward to viewing that show but it is constantly pre-empted for Sports, or some other program that no one want to see. I truly hope you don’t cancel “Our Kind of People. It is a totally different show from Empire with a different kind viewing audience.

Sharrn Golson You’re exactly right! The show is very interesting and entertaining I don’t understand why the ratings are low They shouldn’t be