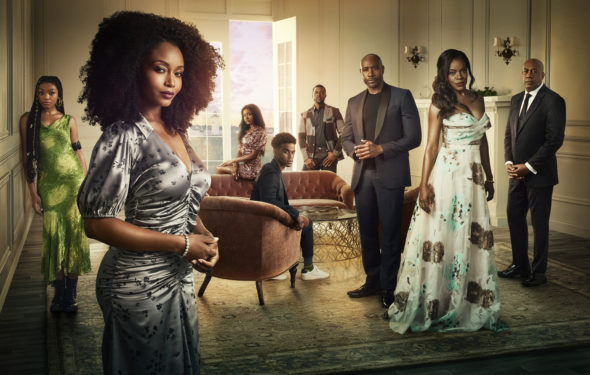 The series takes place in the aspirational world of Oak Bluffs on Martha’s Vineyard, a historical stronghold where the rich and powerful Black elite have come to play for over 50 years.

In the story, a strong-willed and single mother named Angela Vaughn (DaCosta) sets out to reclaim her family’s name and make an impact with her revolutionary haircare line that highlights the innate, natural beauty of Black women. However, she soon discovers a dark secret about her own mother’s past that turns her world upside-down and shakes up this community forever.

Series Finale:
Episode #12 — Kiss It Up to God
As the Illumination Ball nears, Angela and Leah team up to discover the truth about what happened between Teddy and Eve in 1984. Angela must make a choice between Tyrique and Nate.
First aired: January 25, 2022.

What do you think? Do you like the Our Kind of People TV show? Do you think it should have been cancelled or renewed for a second season?

Shame on you canceling such a good show when you didn’t even give it a chance. I loved Our Kind of People. I hope Netflix, Prime or some other station picks it up.