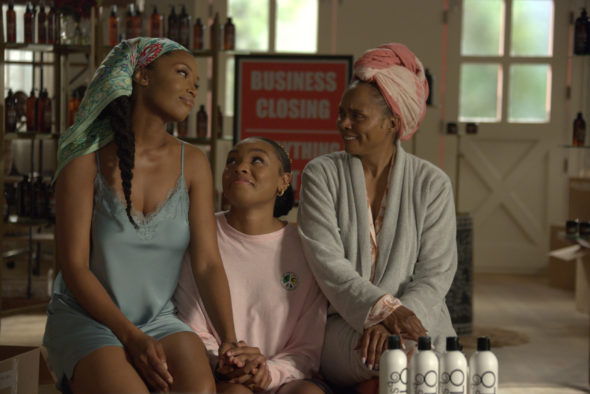 Our Kind of People wrapped its first season on FOX this week, and viewers are wondering if a second season is possible. The series ended with a shocker, which would leave fans with an unresolved cliffhanger if the low-rated show were to be cancelled.

Karin Gist, the creator of the FOX drama, said the following about the future of the series, per Deadline:

“Knock on wood that we get a season two. The studio and the network have been so supportive. I think they’re creatively happy with the show, so I think it’s a really good and positive sign. I have lots of great ideas for season two that I’ll be pitching very soon. I’m very, very encouraged by the possibility of continuing to tell this story because I think we still have so much more to do.”

Gist also teased about what fans would see happen in the second season of Our Kind of People:

“If we get a second season, it’s going to be even more explosive. There will be more family complications, about the sisters, and bringing the family back together. I’m also excited about adding some new characters that shake up the world a bit and exploring the themes of power and access. I think that’s really relevant to what’s going on in our country, particularly through the lens of this really wealthy African American family. I’m really excited about where we could take this show and I know the audience is too.”

Ratings for the series were up for the season finale but the show’s been one of FOX’s lowest-rated shows of the season. A decision on the series’ future will likely be made by May.

What do you think? Do you want to watch a second season of Our Kind of People on FOX?

I Love this show, I give it a Five star rating!!!!

Please bring back season 2 Our kind of people! Yaya deserves the best!!

I want Our Kind of People renewed! Great show.

I would love to see a season 2, 3 and more of this show. I don’t understand why all of the black shows come on at the same times and same nights. I think the ratings would be better if it was on maybe a Monday or a Thursday. Great writing and casting. The storyline is phenomenal and the actors are beautiful. So FOX, this is a no brainer, bring the show back on a night we don’t have to flip coins.

The show was great and season 2 should air

YES!!! Please bring this show back. Try marketing it better to get it out there more. It’s filled with wonderful actors… Nice blend of seasoned and new. I’ve watched the whole season at least 3 times already. BRING IT BACK!!!

please bring the series back on I love it