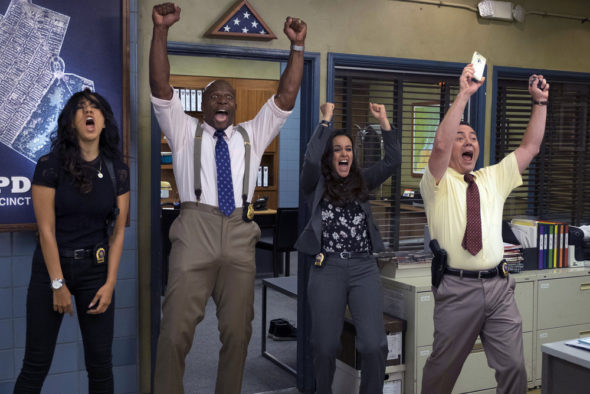 In the interview, Goor revealed he was shocked when he found out FOX had cancelled Brooklyn Nine-Nine, but he knew there was a chance the show would be saved:

Not to be crude, but when I got the actual phone call I was in the bathroom, which somewhat limited my reaction — physically. Emotionally, I was devastated — I love our cast and crew, I love making the show with them, and I love the show.  That said, I was aware there was a distant chance that we’d be picked up by another platform and that kept me from feeling the full weight of the news. I was kind of in a weird state of shock, sadness, and more shock.”

Later, Goor said they haven’t even begun planning season six, but he has hopes for a bunch of celebrity cameos:

What do you think? Are you a fan of Brooklyn Nine-Nine? Are you looking forward to the new season on NBC?