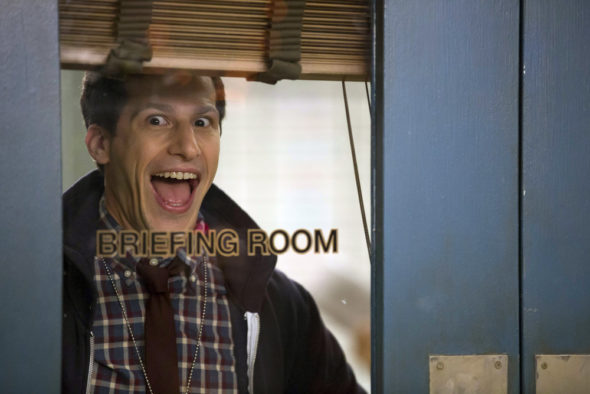 What’s next for Brooklyn Nine-Nine? Recently, both FOX and NBC discussed the TV show’s cancellation and season six pick up, reports Variety and The Hollywood Reporter.

On the other hand, NBC chief Bob Greenblatt says they are “thrilled” to have Brooklyn Nine-Nine now:

Also during the upfronts, star Andy Samberg says he expects all the celebrities who supported the show after its cancellation will guest star, including Lin-Manuel Miranda and Mark Hamill, Deadline reports.

What do you think? Are you a fan of Brooklyn Nine-Nine? Will you watch the show on NBC?