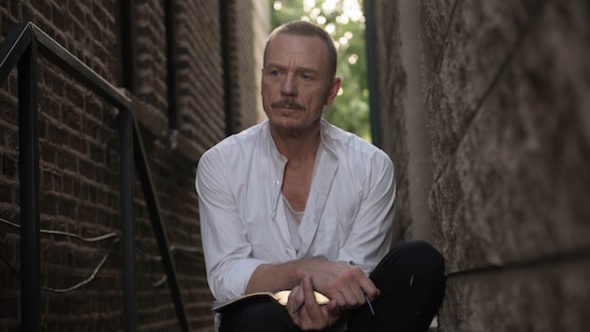 Are you still in mourning over The Exorcist‘s cancellation? Recently, creator Jeremy Slater addressed FOX’s decision to end the TV show.

On Twitter, Slater reacted to news of The Exorcist‘s cancellation, thanking the cast, crew, fans and even FOX for their support:

I know it’s easy to get angry at Fox, but the reality is that we were the lowest-rated drama on any network and they still brought us back for a second season, because they loved the show. There are no bad guys in this scenario.

I was lucky enough to work with the greatest collection of writers, actors, artists and crew that anyone could ask for. Our amazing fans supported us every step of the way. I made lifelong friends and 20 hours of pretty good television. That’s not a bad legacy at all.

At the end of the day, all I can feel is gratitude for every single member of the #ExorcistCongregation who followed us on this unbelievable adventure. I wish we could have given you a proper ending, but the characters belong to you now. You decide how their story ends.

What do you think? Are you a fan of The Exorcist? Do you think it deserved a third season?

Someone needs to pick this up I can’t keep watching 2 seasons over and over all the time, pleeease someone out there revisit this show and continue the story…..