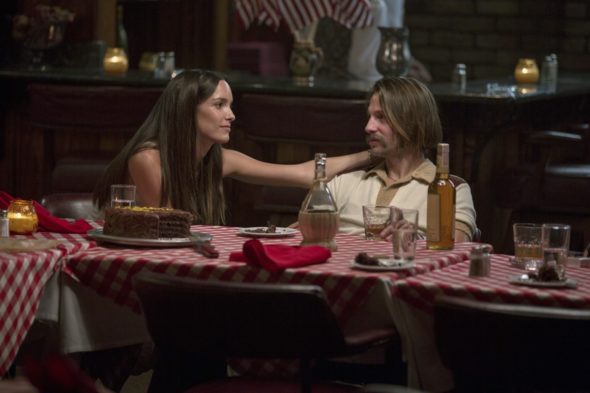 No reason for me to keep Cinemax now! Will be canceling my services. Quarry was the only show worth watching.

Quarry was, by far, one of the most intriguing series my wife and I looked forward to, albeit airing on Fridays. It has become a absolute embarrassment to our entire performing arts industry. Keep falling to PC and experience your industry fall to ruin… tell the Gamecock to bend over and pull it out of was and be an advocate of forward thinking. I am sure that American Gods will also fall to the same… way to go HBO! OH! Same goes for canceling Vinyl… you people have no idea what good entertainment consists of… only filling your greedy pockets.… Read more »

Why the hell was this canceled? It’s a great show and nicely done. All this other generic **** on tv stays.

So few shows that I like to watch, another one gets the ax,BS

I’m so disappointed to hear this awful news! I watched season 1 on Netflix in about 4 days!! Couldn’t stop watching. I was in high school in 1973 and the details in the show were amazing! The clothes, the furniture, and the decor of the rooms was spot on. Cars, everything, made you feel you right back in ’73. The story it’s self was great and all the actors beyond compare. Quarry will be sadly missed by me.

I know right? This show was like I was there….and I loved the cast! OMG!

I just don’t know what they want from the shows. Absolutely one of the best shows of the season and it doesn’t get to continue because of what exactly? With Quarry and the Knick being cancelled, I’m going to rethink my Cinemax subscription.

I CANT BREATHE WHY AM I PAYING CINEMAX?!

It was a good show!

Read the books, people. Read them and imagine the characters you have come to know. Better than nothing, right?

This was an excellent show! I would have loved to see the rest of the story.

Just because Cinemax changed its direction, does Quarry have to be penalized. This is a wonderful and exciting show and should be renewed!!

This issue that seems to be the excuse, yet they are rebooting Strike Back… So that in itself makes no sense.