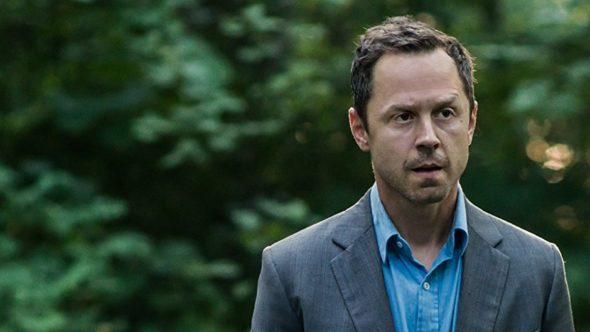 Don’t let this news sneak past your notice. The second season of the Sneaky Pete TV show premieres on Amazon on Friday, March 9, 2018. The series comes from creators David Shore and Bryan Cranston. Last year, season one was the most streamed series in the US and was also among Amazon’s top series, globally.

SEATTLE–(BUSINESS WIRE)–Jan. 25, 2018– (NASDAQ: AMZN)—Amazon Prime Video today announced its original dramatic series Sneaky Pete will return for its second season on Friday, March 9. The critically acclaimed Prime Original, a co-production with Sony Pictures Television Studios, revolves around a con man, Marius (Giovanni Ribisi, Avatar) who left prison only to find himself hunted by the vicious gangster he once robbed. With nowhere else to turn, he took cover from his past by assuming the identity of his cellmate Pete, “reuniting” with Pete’s estranged family. In the new season, Marius is on the verge of starting fresh, when two thugs, believing he is Pete, threaten to kill the family unless he takes them to Pete’s estranged mother Maggie (Jane Adams, Twin Peaks) and the millions she stole from their mysterious employer. Now Marius must tread a dangerous line to find the elusive Maggie, protect the family, and keep up the Pete con, all while finagling a way to ditch the thugs and keep the money for himself.

During its series debut last year, Sneaky Pete was the second most streamed original scripted series on an opening day with a 100% Rotten Tomatoes score. Customers can watch the first season online at Amazon.com/SneakyPete before the next season’s ten episodes air on March 9. The series is also available on PrimeVideo.com for Prime Video members in more than 200 countries and territories around the globe.

“After the tremendous critical and customer reception in its first season, we’re excited to debut another season of Sneaky Pete,” said Sharon Tal Yguado, Head of Scripted Series, Amazon Studios. “Graham and his team have crafted a second season that really raises the stakes for Marius and everyone involved.”

The entire second season of Sneaky Pete will be available on Prime Video to stream and Prime members can also download the series to mobile devices for offline viewing at no additional cost to their membership. The series will be available in more than 200 countries and territories for Prime members to watch via the Prime Video app for popular smart TVs, Fire TV, Fire Tablets and Android and iOS phones and tablets. Customers who are not already Prime members can sign up for a free 30-day trial at amazon.com/prime. For a list of all Amazon Prime Video compatible devices, visit www.amazon.com/howtostream.

What do you think? Are you a fan of the Sneaky Pete TV series? Do you plan to check out season two on Amazon? Let us know, below.