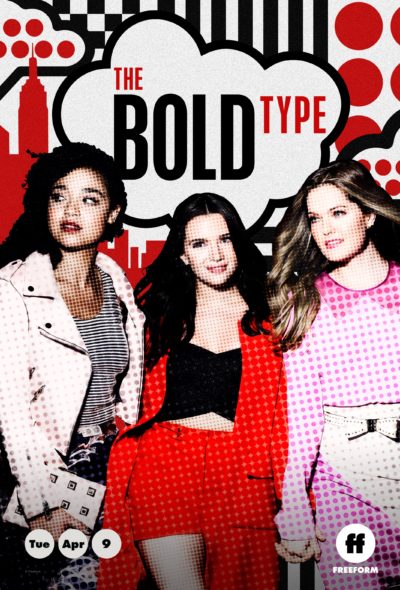 YOUR FAVORITE TRIO RETURNS FOR SEASON THREE OF ‘THE BOLD TYPE’

The latest headline from Scarlet Magazine—“The Bold Type”
returns for season three on TUESDAY, APRIL 9, at 8:00 p.m. EST/PST. Picking up right
after the heartbreak, romance and uncertainty from the season two finale in
Paris, “The Bold Type” is back in New York City where Jane, Kat and Sutton
are all dealing with the aftermath of some major decisions. Meanwhile,
Scarlet Magazine is undergoing some changes, with new staffers brought on
board who bound to ruffle some feathers.

Throughout season three, the trio will continue to push the boundaries of
what it means to be young women juggling careers and love lives while
embracing their identities. The series also continues to explore important
issues, both political and personal, such as workplace harassment, female
reproductive rights, data hacking and racial profiling, among others.

What do you think? Are you a fan of The Bold Type TV series? Do you plan to check out the third season debut on Freeform? Let us know, below.

Yeah! So excited my 17 year old daughter and I watch this show together and we are waiting for season 3 with anticipation!