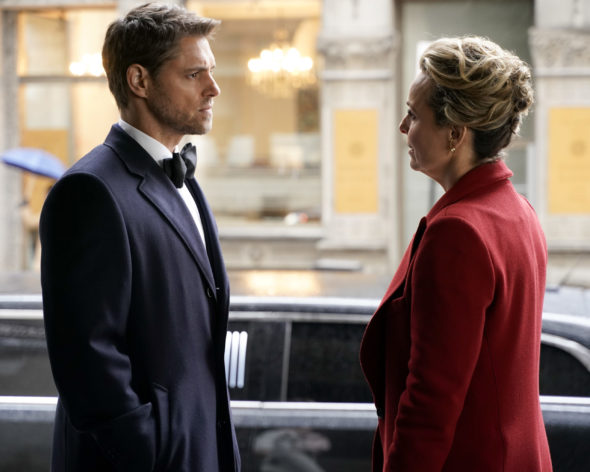 Get ready for the return of The Bold Type. The series will return with its second half of season four in June. The cast of the series features Katie Stevens, Aisha Dee, Meghann Fahy, Sam Page, Matt Ward, Stephen Conrad Moore and Melora Hardin, and an episode of the season ahead will be directed by a member of the cast.

Freeform revealed the following about the return of the series in a press release. Check that out below.

During the recent midseason finale, Kat, Jane and Sutton each faced life-altering changes in both their personal and professional lives. Sutton and Richard tied the knot, but their relationship will continue to be bicoastal since Sutton was finally promoted to Scarlet stylist. Jane was given her own vertical but ended things with Ryan when she learned the true extent of his betrayal and went forward with her double mastectomy. Kat took a stand when she once again went up against RJ Safford about his personal beliefs but lost her job at Scarlet in the process.

In the upcoming episodes, Jane struggles to come to terms with her new body and manage her new responsibilities at Scarlet. Sutton revels in her new roles as Mrs. Hunter and stylist, but then receives shocking news which upends her world. Kat tries to find a new direction in her life. Series star Melora Hardin directs the second episode of the summer season in her episodic television directing debut.”

Check out a trailer teasing the return of the series below.

What do you think? Will you watch the rest of season four of The Bold Type?

Of course I’m going to watch it. I just can’t wait for it to come back. I know I am not in the age demographic you want but I just love their spunk. I feel young again watching it.

Me too, Donna – I’m much older than the target demographic but it’s just sooooo much fun .
.