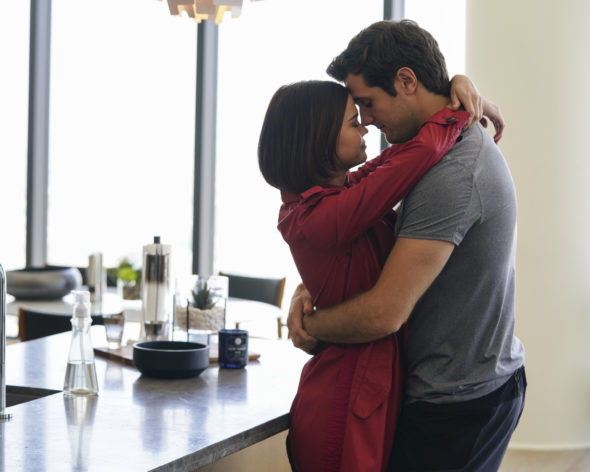 Get ready to mark your calendar! Freeform fans had some big news earlier this week. The network announced premiere dates for Grownish, Good Trouble, and The Bold Type. All three shows will return with new episodes in January. The three shows will be joined by the previously announced Party of Five (January 8th) and Everything’s Gonna Be Okay (January 16th).

Freeform revealed more about the return of all three series in a press release. Check that out below.

After a devastating winter finale, Good Trouble returns on WEDNESDAY, JAN. 15, at 10:00 p.m. EST. The Coterie residents are dealing with the consequences of their personal and professional decisions and realize that sometimes standing up for what you believe in comes at a price. The season picks up with Callie and Mariana’s relationship on the rocks after Callie has decided to move in with Jamie and leave the Coterie Biatches behind. Alice finds herself balancing her stand-up career with her love life, Davia learns the education system may be broken, Mariana navigates a new world at work, Malika faces legal consequences from her protesting, Dennis finds a new outlet to manage his depression and Gael’s creative spark is reignited. Good Trouble stars Maia Mitchell, Cierra Ramirez, Sherry Cola, Tommy Martinez, Zuri Adele, Emma Hunton and Josh Pence.

Back for junior year, and picking up after a cliffhanger season finale, grown-ish returns on an all-new night beginning THURSDAY, JAN. 16, at 8:00 p.m. EST. The gang returns as confident, eager and seasoned upper-classmen, with Zoey and her girls (… and Vivek) moving into an off-campus home, ready to take on the school year. They quickly realize that they have been mistaken about the disillusionment of adulthood, with real-life problems coming for them, including student loans, work/ life balance and, of course, messy breakups. Plus, the season premiere picks up with some of the crew having to deal with the repercussions of their big mistakes before summer break. From ABC Signature Studios, grown-ish stars Yara Shahidi, Trevor Jackson, Francia Raisa, Emily Arlook, Jordan Buhat, Chloe Bailey, Halle Bailey, Luka Sabbat and Diggy Simmons. The series will continue to explore important topics including college athletics, cultural appropriation, toxic masculinity, anxiety, burnout and more.

The Bold Type returns THURSDAY, JAN. 23, at 9:00 p.m. EST. In Season 4, Jane, Kat and Sutton raise their voices louder than ever in the battle for Scarlet’s soul. The magazine is left reeling by a new dynamic, forcing everyone – including Jacqueline – to adjust. Jane faces tough choices living with her BCRA-1 status. Sutton and Richard explore being in a long-distance relationship, while Sutton struggles move her career forward; Kat is more determined than ever to make the most of her platform at Scarlet and copes with past regrets. The Bold Type stars Katie Stevens, Aisha Dee, Meghann, Meghann Fahy, Sam Page, Matt Ward, Stephen Conrad Moore and Melora Hardin.

What do you think? Are you a fan of Grownish, Good Trouble, and The Bold Type? Are you excited for the return of these three shows?

PLEASE keep Good Trouble coming! I loved all the characters & it keeps you looking forward to the next
week!