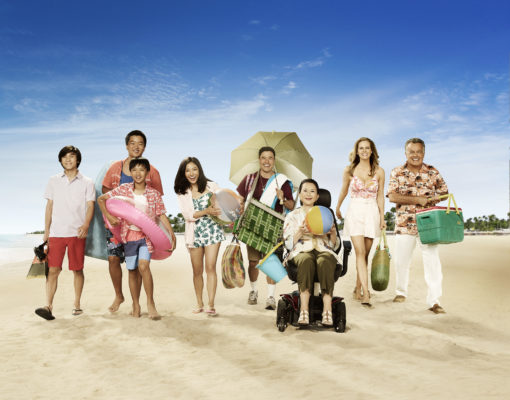 The Huang family is getting ready to say goodbye. ABC has announced that Fresh Off the Boat is coming to an end with the current sixth season. The family sitcom will wrap up with a special hour-long series finale that will air at 8:00 PM on Friday, February 21, 2020.

Airing on Friday nights, Fresh Off the Boat stars Randall Park, Constance Wu, Hudson Yang, Forrest Wheeler, Ian Chen, Lucille Soong, Chelsey Crisp, and Ray Wise. Set in the 1990s, the sitcom centers on teenager Eddie Huang (Yang), his parents Louis and Jessica (Park and Wu), brothers Emery (Wheeler) and Evan (Chen), and grandmother Jenny (Soong). The family moved from Chinatown in Washington DC to Orlando, Florida to open a cowboy-themed restaurant and pursue the American Dream. The Huang family assimilates into suburban life, in part thanks to the help of their neighbors Honey (Crisp) and Marvin Ellis (Wise).

Here’s the announcement from ABC:

“We couldn’t be prouder of this game-changing show and the impact it has had on our cultural landscape. The success of ‘Fresh Off the Boat’ has helped pave the way for inclusion throughout the industry. Nahnatchka Khan and her brilliant creative team have created an unforgettable series with an Asian-American family front and center, something that hadn’t been done in two decades. The cast, led by Randall Park and Constance Wu, is one of the finest and funniest on television. We’ll miss the Huang family and are eternally grateful for the incredibly heartfelt stories they have told these past six seasons,” Burke said.

“I’m so proud of the show and what we’ve accomplished over the past six seasons,” said series creator Khan. “Thank you to everyone at ABC and 20th Century Fox Television for going on this ride with us. It was truly a special experience and hopefully will forever be a reminder of all the stories out there that deserve to be told. Like B.I.G. said, ‘And if you don’t know, now you know.’”

Set in the 1990s, the series follows the experiences of hip-hop-loving Eddie Huang and his family, who have moved to suburban Orlando. In this final season, the Huang family is at a crossroads. Jessica is becoming an educator (teacher boss); Louis is trying to expand himself outside running the restaurant by becoming a business consultant; Eddie is weighing whether to attend college or to take a different path; Emery is trying acting; and even Evan tries out pukka shells and a new nickname!

What do you think? Do you like the Fresh Off the Boat TV show on ABC? Are you sorry to hear that there won’t be a seventh season of this family sitcom?

The show is not about “Constance Wu”, so maybe just get her to depart and keep it going with the rest of the cast

Thought it was very funny. Made me laugh out loud. Disappointed that it won’t be renewed until

The only ones worth watching on this show were the two youngest boys and the dad. I couldn’t stand the mom or grandma.

I loved Weeds and can’t wait for the new series to start.

Fresh off the boat is ok with me if it ends , it ran its course !

Yes i will miss the show. it seems like any good comedies always end up being taken off TV. i would like to see the age demographics change, so older people can keep up the ratings on these comedies. I miss COOL KIDS, Now we are losing this, and have lost other good comedy’s that seniors like to watch taken off, because they do not meet what the younger people want to see. But we aren’t interested in their horror show rubbish, we want good comedy’s. Please bring some of them back.

I enjoyed the show but it was clear Wu had no interest in doing another season. Since her contract was up they prob didn’t want to do the show with out her. This explains the spin off with a different family they are trying.

Constance Wu must be doing cart wheels and if you listen carefully, you can hear her screaming “woo-hoo”

she thinks she’s going to be a big movie star….we’ll never hear her name again

Our family just found this show a few weeks ago. We are in season 4. Very funny and original. Little sad to see it go but will enjoy watching the remaining episodes.

these post it seems more here to bring attention the show. Seem people doing this setup