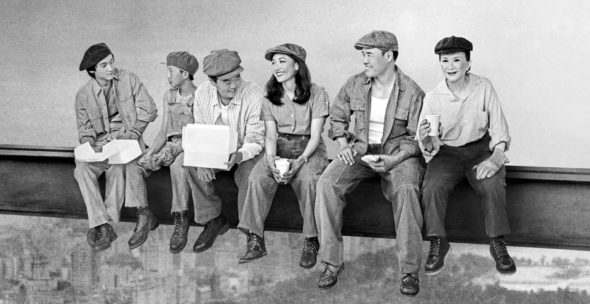 When this ABC sitcom was renewed for a sixth season (despite low ratings), Constance Wu wasn’t exactly overjoyed about the news. Though the actress later stated that she still loves Fresh Off the Boat, the renewal meant that she had to pass on other projects that she had been excited about doing. Unless she is contractually obligated to make a seventh season, it seems likely that Wu wouldn’t want to continue with the show. Could the show continue without her? Will Fresh Off the Boat be cancelled or renewed for season seven? Stay tuned. *Status update below.

An ABC comedy, Fresh Off the Boat stars Randall Park, Constance Wu, Hudson Yang, Forrest Wheeler, Ian Chen, Lucille Soong, Chelsey Crisp, and Ray Wise. Set in the 1990s, the sitcom centers on teenager Eddie Huang (Yang), his parents Louis and Jessica (Park and Wu), brothers Emery (Wheeler) and Evan (Chen), and grandmother Jenny (Soong). The family moved from Chinatown in Washington DC to Orlando, Florida to open a cowboy-themed restaurant and pursue the American Dream. The Huang family assimilates into suburban life, in part thanks to the help of their neighbors Honey (Crisp) and Marvin Ellis (Wise).

2/22 update: You can see the latest night’s ratings in context.

For comparisons: Season five of Fresh Off the Boat on ABC averaged a 0.61 rating in the 18-49 demographic and 3.03 million viewers.

What do you think? Do you like the Fresh Off the Boat TV series on ABC? Should it be cancelled or renewed for a seventh season?

*11/8/19 update: ABC has announced that Fresh Off the Boat is ending with season six so, there won’t be a seventh year.