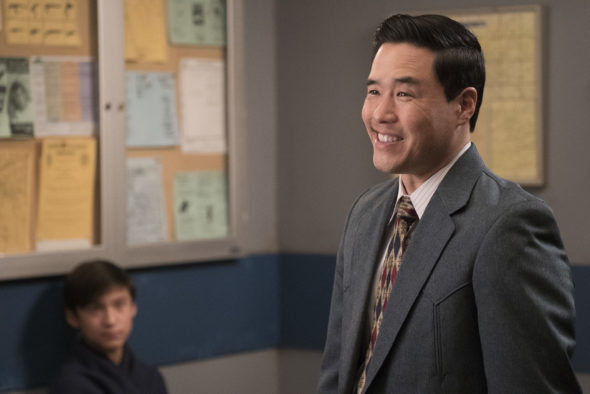 The Huangs will remain on dry land for another year. ABC has renewed its Fresh Off the Boat TV show for a fifth season. Although the family comedy has slipped some in the Nielsens, it hasn’t taken on any significant water, so the renewal makes sense.

Fresh Off the Boat: A Look at the Ratings

The fourth season of Fresh Off the Boat is averaging a 1.02 rating in the 18-49 demographic and 3.831 million viewers. Compared to season three, that’s down by about 13% in the demo and 3% in viewership. It currently ranks in about the middle of the pack among scripted ABC TV shows, a few spots below Black-ish.

The network also renewed three dramas: For the People (season two); How to Get Away with Murder (season five), and Grey’s spin-off Station 19 (season two).

What do you think? Do you still like the Fresh Off the Boat TV series? Did you think ABC would cancel or renew it for season five?

I am really looking forward to season 5 and hopefully more of Fresh off the Boat. It is a good and different comedy show…..LOVE IT!!!

Love this show, PLEASE keep it going! It’s ACTUAL comedy! KEEP the seasons coming! Can’t wait until it starts up with Season 5 again. Would love to see an episode with more about grandma. Love her!