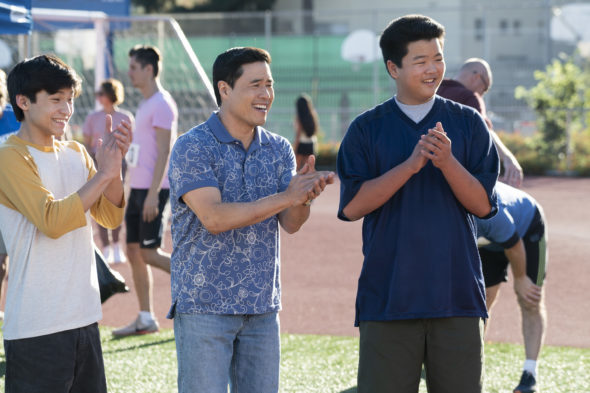 ABC is on board for another season of Fresh Off the Boat. The network has renewed the Friday night comedy for a sixth year, which will air as part of the 2019-20 television season.

A family sitcom, Fresh Off the Boat stars Hudson Yang, Randall Park, Constance Wu, Forrest Wheeler, Ian Chen, Lucille Soong, Chesley Crisp, and Ray Wise. Set in the 1990s, the sitcom centers on Eddie Huang (Yang), his parents Louis and Jessica (Park and Wu), brothers Emery (Wheeler) and Evan (Chen), and grandmother Jenny (Soong). Now that they’ve been there for a few years, the Huangs have acclimated themselves to Orlando living. Season five kicks off with Louis as full owner of the steakhouse, Jessica, as an American citizen, and Honey and Marvin (Crisp and Wise) as new parents.

Airing on Friday nights, the fifth season of Fresh Off the Boat averaged a 0.61 rating in the 18-49 demographic and 3.03 million viewers. Compared to season four, that’s down by 40% and 21%, respectively.

What do you think? Do you enjoy the Fresh Off the Boat TV show? Will you be watching season six of this ABC comedy series?

I used to love this show but it lost me this season!!!!

I will like to see more Fresh of the Boat….