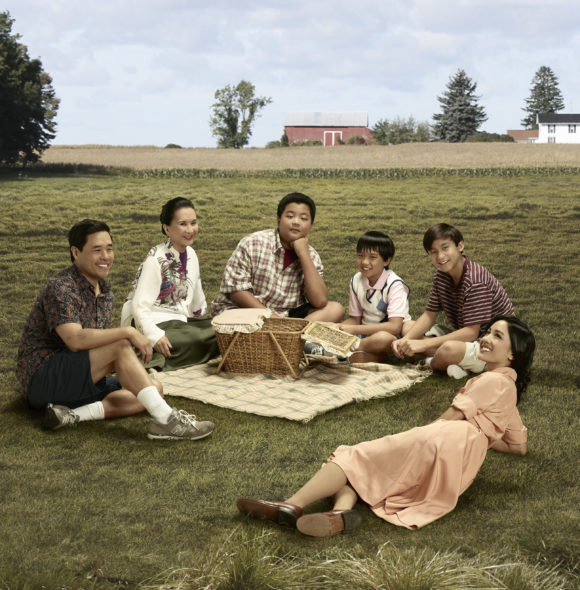 Is the fifth season of the Fresh Off the Boat TV show on ABC still smooth sailing for the Huangs? As we all know, the Nielsen ratings typically play a big role in determining whether a TV show like Fresh Off the Boat is cancelled or renewed for season six. Unfortunately, most of us do not live in Nielsen households. Because many viewers feel frustration when their viewing habits and opinions aren’t considered, we’d like to offer you the chance to rate all the Fresh Off the Boat season five episodes here. *Status update below.

An ABC sitcom, Fresh Off the Boat stars Hudson Yang, Randall Park, Constance Wu, Forrest Wheeler, Ian Chen, Lucille Soong, Chesley Crisp, and Ray Wise. Set in the 1990s, the sitcom centers on Eddie Huang (Yang), his parents Louis and Jessica (Park and Wu), brothers Emery (Wheeler) and Evan (Chen), and grandmother Jenny (Soong). Now that they’ve been there for a few years, the Huangs have acclimated themselves to Orlando living. Season five kicks off with Louis as full owner of the steakhouse, Jessica, as an American citizen, and Honey and Marvin (Crisp and Wise) as new parents.

What do you think? Which season five episodes of the Fresh Off the Boat TV series do you rate as sailing, sinking, or just treading water? Should ABC cancel or renew Fresh Off the Boat for a sixth season? Don’t forget to vote, and share your thoughts, below.

Love this show! Jessica is fabulous! I love how picky she is. Would have used another word that was a better fit, but was afraid it would not make it to post. Great family show. Love that this is a show that is wholesome. So few of those left. All actors are great and a good fit with each other. Current without being lewd. Please keep it!

Funny as always, plus a life learning experience for young people, regarding friendships.
Too funny when they thought all the book buyers were for Jessica…..Turned out to be for Harry Potter. Plus Louis buying the Motorhome to go promote her bestselling book..that wasn’t.
This show is definately on our favorites list. No matter what the subject, it’s always good.

Keep this going. We Love it!