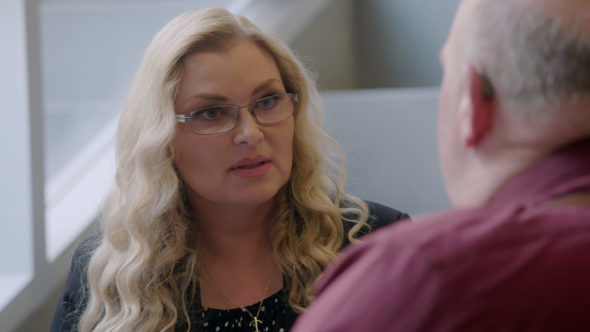 The Genetic Detective is coming soon to ABC, and the series now has a premiere date. The series will arrive later this month.

ABC revealed more about this series in a press release. Check that out below.

“ABC News presents a new prime-time series, The Genetic Detective, that follows investigative genetic genealogist CeCe Moore and her work with DNA technology company Parabon NanoLabs. In the series, Moore and her team are revolutionizing crime solving by working with police departments and accessible crime scene DNA to help trace the path of a criminal suspect’s family tree, uncover their identity and bring them to justice. The Genetic Detective premieres Tuesday, May 26 (10:00 – 11:00 p.m. EDT), on ABC.

For the past decade, Moore, a self-trained genetic genealogist, has pioneered genetic genealogy techniques utilizing a growing body of genetic data in conjunction with traditional genealogical records to help adoptees find their birth parents and to solve family mysteries. Since 2018, Moore has used her unique research skills to transform the face of crime solving, helping to identify more than 100 violent criminal suspects.

“I had a growing passion for genetic genealogy and I recognized its power very early on. Yet at the time, in 2010, there was no such thing as a professional genetic genealogist so I had to blaze my own trail in order to make this my full-time career,” said Moore. “I knew the potential these techniques had for solving mysteries – really, for any type of human identification. Whether it is an adoptee looking to find their birth parents or helping law enforcement track down a potential suspect, this process provides answers in a new way and helps a family move beyond something that’s painful or has been burdening them.”

In the series premiere titled “The Case of the Missing Lovebirds,” Moore works with Seattle’s Snohomish County Sheriff’s Office and takes on her first-ever cold case as a genetic genealogist – the double homicide of Jay Cook and Tanya Van Cuylenborg. The young couple disappeared in 1987 after taking a ferry from Vancouver to Seattle and were later found miles apart, gagged, bound and brutally murdered. With a smattering of clues, but no real leads, the case was cold for 30 years. The episode includes interviews with Jay’s parents, Gordon and Leona Cook; Tanya’s brother, John Van Cuylenborg; Snohomish County law enforcement retired Sheriff Rick Bart and Detective Jim Scharf; and radio reporter Hanna Scott.

What do you think? Do you plan to watch this new series on ABC?

This was the best show on TV and totally true and riveting. Please bring it back. There’s nothing else like it on the air.

Yes I was very upset when she was taken off the air.. I am happy to hear she is coming back. But why can’t you use the knowledge to find Benet Ramsey murderer????

Please bring back “The Genetic Detective”! My family and I love the show!

Please bring this show back, me and my family really loved it.

I love Genetic Detective. It’s fascinating how CeCe solves these crimes. I want it to stay on!

I have watched all the shows that have been shown. Please come back. Its such an interesting show and have learned so much.

I love the Genetic Dective show
Please renew this program. My neighbor loves it also.

Keep the Genetic Detective show on for people to watch ,hopefully it will open some dark souls eyes to quit killing people and catch all killers that have got away with it for years .all the loved ones from each victim deserves some peace and closure. Hopefully you will choose to show season after season . It’s a great show .