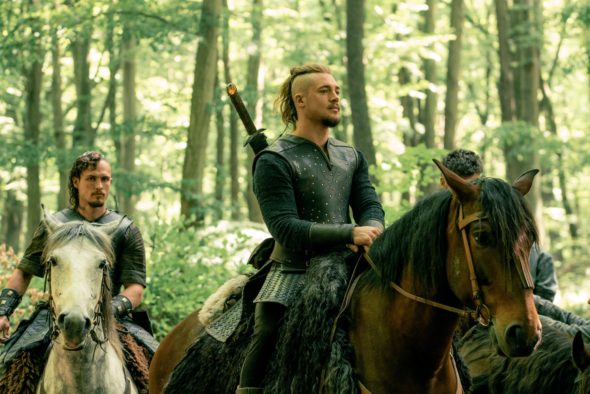 Sygtryggr’s addition in season 4 gave us the hottest guy of the whole series, maybe even hotter than Uhtred himself. I have to watch those episodes again just so i can hear how sexy his voice is. No wonder Uhtred’s daughter went off so willingly with Sygtryggr to meet her own ‘destiny is all’. Long Live Sygtryggr!

I have been a faithful follower/watcher/enthusiast since TLK’s inception! The characters are amazing, the actors – stunning, cinematography – gorgeous, storyline – binge worthy (but I like to savor them), actors are irresistible, irreplaceable and approachable, they truly care about their fans, on another level! I, FOR ONE, WOULD BE CRUSHED IF THIS SHOW IS CANCELED!!!!
Season 5 – ⚔️⚔️ #arselingforlife #TLK #ilovethelastkingdom @elizabutterworth @alexanderdreymon @milliebrady @arnasfederman @emilycox @markrowley

Hoping there will a season 5! This story should be told!

Phenomenal in every way!! Must see season 5!!! No words, phenomenal!

Last Kingdom Season 4 was fantastic!!! Well put together, great story line etc. One aspect that is wonderful about the show is that They don’t deviate from history too much. A little here and there but not a big deal. Regardless, I love the show. Everyone I know that starts watching, can’t seem to stop. The acting is superb. The only small complaint I have is that the season seemed to be rushed. This season’s story could well have been over two seasons if they wanted to do so. It is almost like they knew there wouldn’t be a 5th.… Read more »