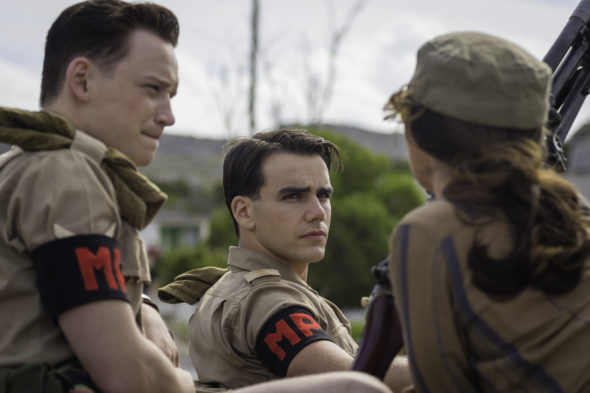 The Last Post will last no longer. According to RadioTimes, the BBC has cancelled the TV show after only one season.

While the BBC did not give a reason for cancelling The Last Post, they did release a statement thanking the cast and crew:

The Last Post was a fantastic series but we can confirm it won’t be returning. We are looking to bring new ideas to BBC1 and tell new stories. We’d like to thank Peter, the brilliant cast and production team for all their hard work on the series.”

What do you think? Have you seen The Last Post? Are you sad it won’t continue?

This was a very good series and I will am extremely sorry that it will not çontinue. I was hooked as it was so different from everything else on TV.

Couldn’t get past the 3rd episode without yelling at the TV every 5 minutes. Good riddance and sod off.

I thought this was an excellent series, for the most part, historical genre don’t really interest me, however, I loved the characterisation very much and I could almost imagine myself there. Such a shame it’s not being renewed.

Was so so disappointed that the last post was cancelled. It left us hanging. Bring it back please!! Acting was very good also.

l am sad that the Last Post is not being shown any more. It was a great show and l couldn’t wait for the next week showing. l really wish they bring it back on the air.

Great show, so much better than lots of shows that are airing
Great shame if it is cancelled !

Have just finished watching Last Post and would love to see season 2.It was an excellent show

I’m done with BBC series. The Last Post was superb. Everything about it, the story line, the writing, the actors, the character development. I hope it’s picked up by another company. But for now…I done with any series witha BBC label. SUCKERS!

BBC always does this… they make amazing shows only to cancel them after one or two seasons. It’s SO FRUSTRATING! Meanwhile Hollywood keeps churning out season after season of garbage shows!