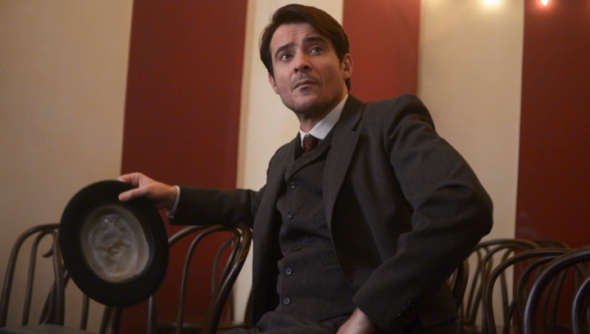 Are you ready to say goodbye to Timeless? Recently, star Goran Visnjic spoke with Entertainment Tonight about the upcoming NBC series finale.

In the interview, Visnjic revealed he got goosebumps reading the script for the Timeless series finale:

When I read it, let me tell you, I had goosebumps. My god, this is going to be a really cool ride. Normally you can’t do it because you don’t have the luxury of completing something or finishing it or you think it’s a season finale. This was done specifically for the fans, so they’re going to be really happy when they see these two episodes.”

The series finale of Timeless debuts on NBC on December 20th at 8 p.m. ET/PT.

Check out the poster below: 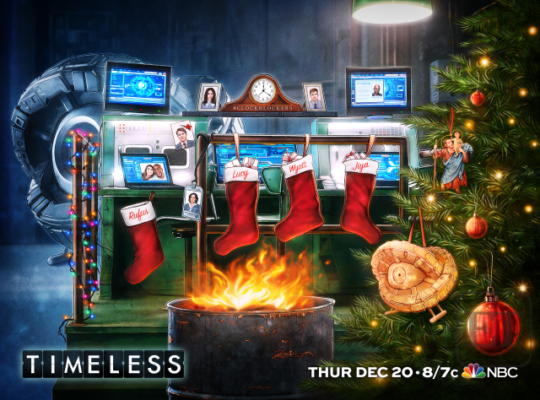 What do you think? Are you a fan of Timeless? How do you want the series to end?

I thought Timeless was one of the best, most original shows that jad come out in awhile & I’m pretty pissed they cancelled it again & nobody will pick it up. It would be a great fit for the Syfy channel. This is why I hate to get into new shows, once I’m hooked they yank it out from under me. I read there’s a good chance NBC’s gonna cancel Midnight Texas too so I’m on the verge of boycotting NBC.

Maybe Sony get’s the chance to shop the show around again after the 2 new episodes on December 20th. They’re still fighting for more, as well as most fans. So don’t give up now! #SaveTimeless

I want a happy ending! Would like to see it continue.

Would like Timeless to continue. Enjoyed the show and the characters were very likeable.

Wish another network would pick it up and keep going the best show I have watched in a long time.

Timeless is and the best show NBC ever had. Sorry I think they made a big mistake by taking it off the air, remember Star Trek, they dumped it after 3 years. It still lives today. Remember JAG, they dumped it after I year, CBS picked it up and it ran for 15 years, and they got NCIS, NCIS LA , NCIS NO. I like comcast a lot, but they have to do better with NBC

I would prefer it if the series did not end.

I am glad for a series finale but would rather have the series continue. It was the best show on any of the stations. It is a shame it was cancelled.

It’s so sad that the NBC is bringing Timeless to an end. Can’t they see the strong and enthusiastic following Timeless has? Oh well, it is a shame that the decision makers at NBC is losing another great series. Atleast we get one more farewell…

I was enjoying the series and am sorry to see it go. It had so many possibilities.