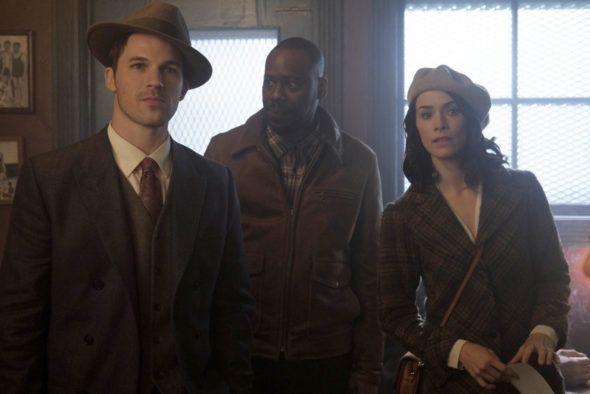 So far, Timeless has performed well in the ratings, earning an average of 1.43 in the 18-49 demo and 6.093 million viewers. Because of the show’s success, NBC has upped its season one episode count to 16.

Timeless’ is a phenomenal new show that takes the audience emotionally to a completely different place and time each week. We’re thrilled to be ordering additional episodes so that we can run the final six hours of the season in a row with no pre-emptions after the new year. Our hats are off to Eric Kripke and Shawn Ryan for producing one of the most ambitious new shows anywhere on television.”

What do you think? Are you watching Timeless? Are you glad there will be more episodes?

I love this show… really hoping it doesn’t get canceled.

We need more seasons of Timeless. It is well written and produced; a rarity among the usual drivel offered by network television.

Im glad! I love the show!