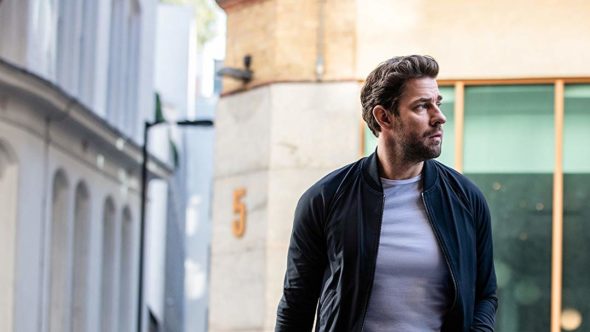 “Nobody’s coming to save us.” Amazon just released the premiere date and a new trailer for season two of Tom Clancy’s Jack Ryan.

Inspired by the fictional Tom Clancy character, this political action thriller follows Jack Ryan (John Krasinski), a former US Marine know working as a fledgling CIA analyst, whose analysis leads him to a terrorist plotting an attack on US soil. The new season will see Jack Ryan travel to Venezuela. 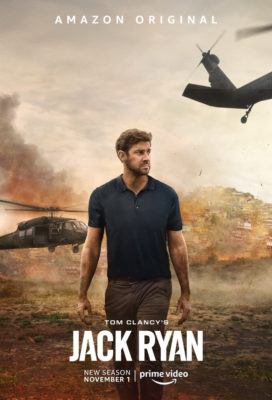 In the second season of Tom Clancy’s Jack Ryan, after tracking a potentially suspicious shipment of illegal arms in the Venezuelan jungle, CIA Officer Jack Ryan, portrayed by Krasinski, heads down to South America to investigate. As Jack’s investigation threatens to uncover a far-reaching conspiracy, the President of Venezuela launches a counter-attack that hits home for Jack, leading him and his fellow operatives on a global mission spanning the United States, UK, Russia, and Venezuela to unravel the President’s nefarious plot and bring stability to a country on the brink of chaos.

The official Season Two trailer will also be shown during tonight’s NFL Season Opener on NBC, marking the first time Prime Video will be running a full-length trailer on broadcast television. Additionally, travelers flying into LAX Airport this month will be greeted to “Jack is Back,” a 50,000 square foot rooftop billboard marking the largest rooftop advertising placement of all time. The rooftop billboard will be illuminated, allowing travelers to view the signage any hour of the day or night.

What do you think? Have you seen Tom Clancy’s Jack Ryan? Will you watch season two?

I’m salivating waiting for this.